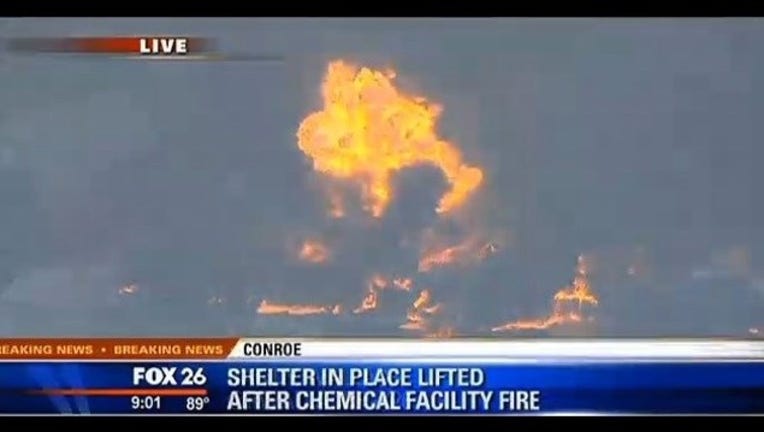 An update on the DrillChem fire that happened yesterday in Conroe

The City of Conroe Fire Department was notified of an explosion  around 4:45PM on August 14, 2015.
Due to several ongoing explosions at the fire, and the possible nature of the facility's contents, it was several minutes before firefighters could safely attack the fire directly. Once it was determined that the fire could be safely attacked, firefighters quickly brought it under
control. The incident was officially declared under control at approximately 6:51 PM.

Representatives from the TCEQ and EPA were on location helping to monitor any potential negative environmental effects in
the immediate and surrounding areas.

One firefighter was transported to Conroe Regional ER with heat-related injuries. He was kept overnight for observation and is in stable condition.
The Conroe Fire Department Fire Marshal's Office has initiated an investigation into the origin and cause of the fire. The investigation is in the early stages.