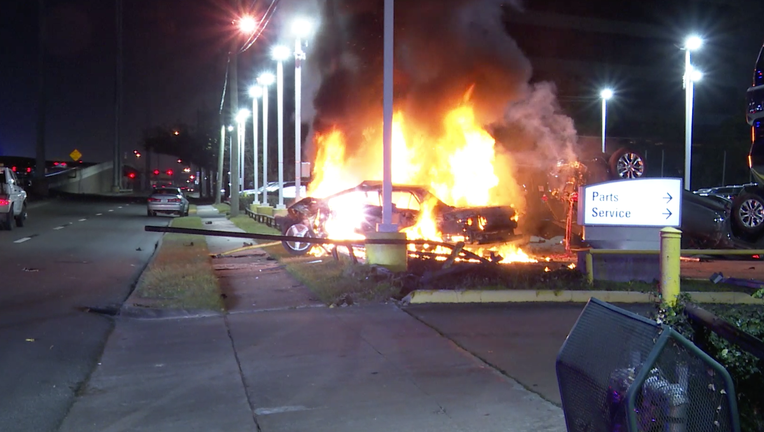 HOUSTON - One person is dead after a car crashed into the entrance of Sterling McCall Toyota in Houston. 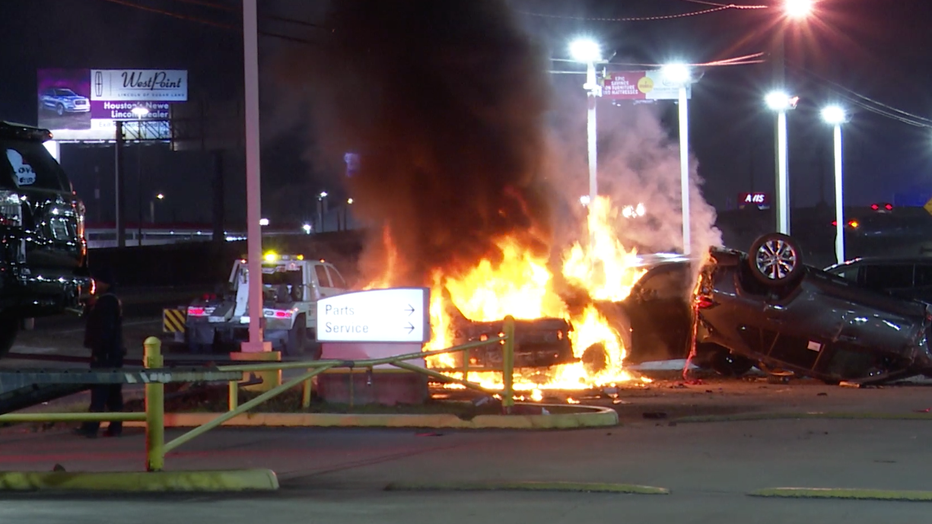 According to Houston Police Sgt David Rose, the vehicle was clocked by an HPD unit at about 100 mph Southbound on 59 as it was coming up on the patrol vehicle on the freeway.

The car then veered off the roadway before crashing into the Toyota dealership.

Houston Police say at least 3 vehicles were damaged as a result.

The one that crashed, and two on podiums inside the lot.