Princess Diana statue unveiled on what would've been her 60th birthday

Princes William and Harry unveiled the statue for their mother, the late Princess Diana, at Kensington Palace in London on what would have been Diana's 60th birthday. Diana tragically died on Aug. 31, 1997, in a car crash in Paris, France.

LONDON - More than 20 years have passed since Princess Diana took her last breath, yet she lives on in hearts and minds as a beloved figure in Britain and beyond.

The once shy school teacher charmed the nation when Prince Charles announced their engagement in February 1981. The two married that July, earning Diana Spencer the title princess of Wales. 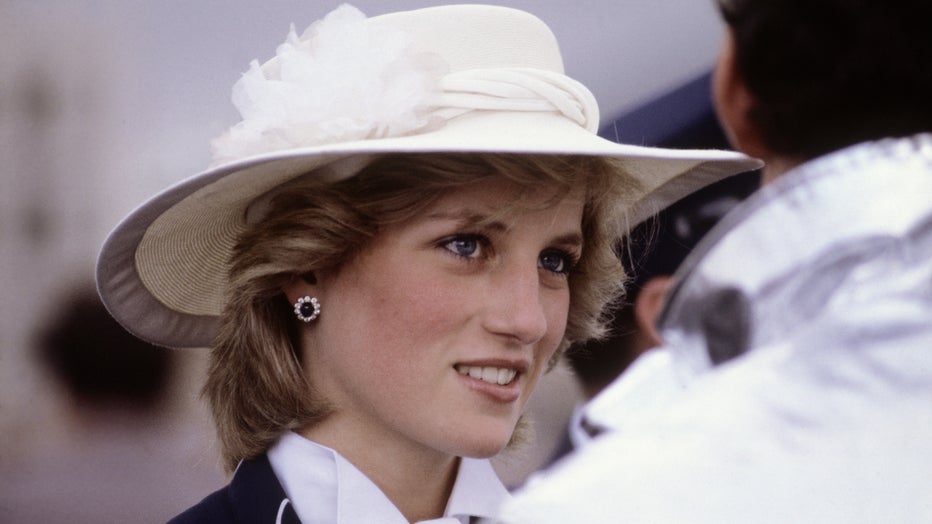 Diana Princess of Wales meets firemen during a visit to Manukau, near Auckland, New Zealand during the Royal Tour of New Zealand, April 19, 1983. Princess Diana wore a suit designed by Jan Van Velden, with a hat by John Boyd. (Photo by David Levenson

Diana was no stranger to the British aristocracy. The Spencer family has been a part of the nobility since Sir John Spencer founded the house in 1469. And she was of royal blood, tracing her linage through the Houses of Tudor and Stuart.

But the life of a royal was new to her and difficult to adjust to. The sudden spotlight in the media often made her uncomfortable. And her marriage that began with a fairytale portrayal quickly deteriorated.

Charles and Diana both engaged in extramarital affairs. Diana even struggled with an eating disorder.

Before their marriage unraveled, Diana and Charles birthed two boys: William, who follows Charles in the line of succession, and Harry, who now follows William’s children.

The two separated in 1992 and finalized a divorce in 1996, a year before her death in a car crash in Paris.

Before departing the royal family, Diana made a name for herself as a breath of fresh air in a near-thousand-year-old institution. She endeared herself to the public through her activism and glamor.

Diana’s style made her a trendsetter in the fashion world in the 1980s and 1990s. Her wedding dress went back on display in Kensington Palace in June 2021.

And her once shy demeanor gave way to a charismatic humanitarian who touched hearts across the globe.

Diana often visited the poor, knelt to the eye level of children, sat on the edge of patients’ hospital beds, wrote personal notes to her fans and even touched a child infected with AIDS during a time when many believed the disease to be transmissible through touch.

According to the Associated Press, she once walked through a cleared path in an old minefield. When she learned the photographers documenting the moment hadn't gotten the shot they needed, she turned around and did it again.

Later that day, she met with victims of landmines, including a young girl who had lost her left leg.

When she died in 1997, mourners flocked to the gates of Buckingham Palace to pay their respects. Then-Prime Minister Tony Blair comforted the nation when he called Diana "The People’s Princess."

More than 30 million Britons watched her funeral on television while millions more tuned in around the world, the BBC reported.

At the service, Lord Spencer said Diana "proved in the last year that she needed no royal title to continue to generate her particular brand of magic." In the years since her death, the spirit of her humanitarian efforts lives on.

According to The New York Times, the proceeds to Elton John’s special tribute "Candle in the Wind 1997" have gone to her charities — many of which bear her name.

On what would have been her 60th birthday, William and Harry unveiled a statue of Diana in the Sunken Garden of Kensington Palace. Just weeks earlier, Harry paid tribute to his mum through his daughter’s name: Lilibet Diana Mountbatten-Windsor