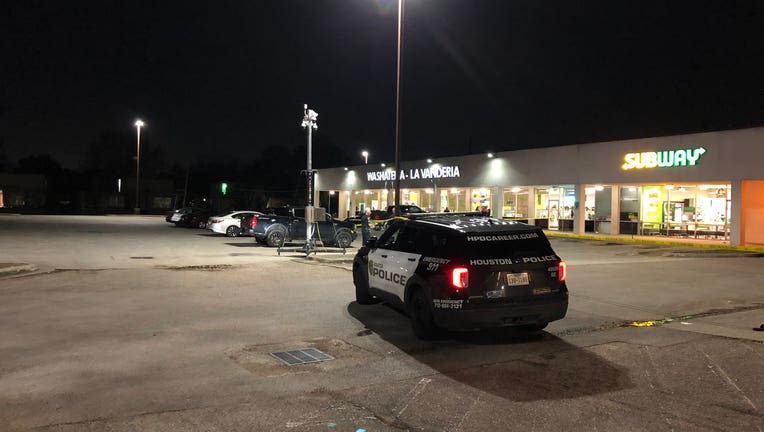 An off-duty Surfside police officer was stabbed in 6100 block of Telephone Road.

HOUSTON - An off-duty Surfside officer was stabbed in southeast Houston on Wednesday evening.

The incident occurred around 7:50 p.m. at a restaurant located on the 6100 block of Telephone Road.

Assistant Chief Martin with the Houston Police Department said the officer came in to eat and saw another person exposing himself to customers and employees of the restaurant.

Martin said the officer attempted to intervene and that's when a fight occurred with the suspect.

Authorities said they moved outside the restaurant and that's when the suspect stabbed the officer several times in the leg before fleeing the scene.

Martin said the off-duty officer was taken to Memorial Hermann Hospital where he is in stable condition with non-life-threatening injuries. Martin added the officer lost blood, but he's going to be ok.

The suspect remains at large and might be a regular at the restaurant, according to police. He is believed to have fled in a silver, four-door hatchback.