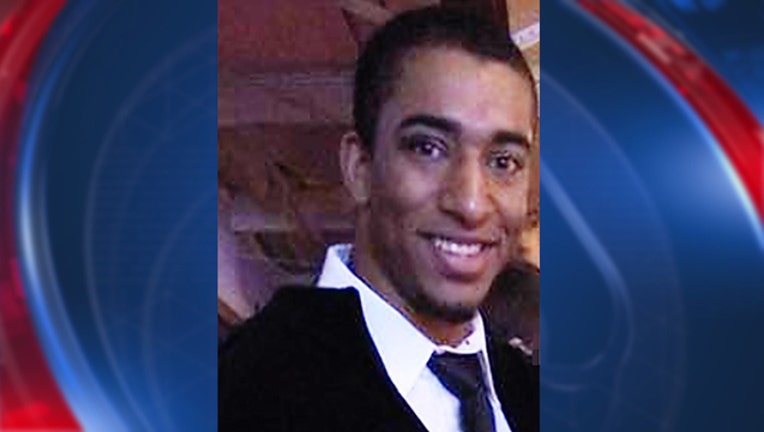 ST. LOUIS (FOX 26) - The uncle of a man fatally shot by an off-duty St. Louis County police officer said his nephew had been arguing with the officer on Facebook about Black Lives Matter.

Police said the officer shot Tyler Gebhard, 20, after he threw a 50-pound concrete planter through a window to enter the officer's Lakeshire home.

St. Louis County Police Chief Jon Belmar said the unnamed officer is a three-year veteran of the department and has been placed on administrative leave pending the investigation of the incident.

Gebhard's uncle, Patrick Brogan, told the St. Louis Post-Dispatch (http://j.mp/29r2hhC ) that his nephew and the officer became acquainted through a church connection and had argued on Facebook about Black Lives Matter.

Brogan said Gebhard, who was biracial, empathized with the group's objectives but did not participate in protests. Details of the officer's race were not disclosed.

According to police, Gebhard was known to the family and had recently made online threats toward it and "uninvolved members of the community." Belmar declined to elaborate on the nature of the threats, citing the ongoing investigation.

"He had a lot of mental problems the last few months," Brogan said. "A lot of difficulties in life."

According to police, the officer was home Saturday evening with his wife, mother-in-law, a toddler and an infant when Gebhard rang the doorbell. The officer's wife answered the door with the infant and recognized Gebhard, who played football for Southeast Missouri State.

She shut the door and went to a back bedroom with other family members.

Belmar said that before the officer could get to the front door, Gebhard went to the rear of the house and threw the concrete planter through the window to enter the home. Family members in the bedroom said they heard the officer tell the intruder to "get down, get down, get down," and then heard several shots fired, Belmar said.

Gebhard, who was shot twice in the chest, was pronounced dead at a hospital.

"I don't think the officer had a choice — I honestly don't," Belmar said. He called it "a very difficult position to be in."