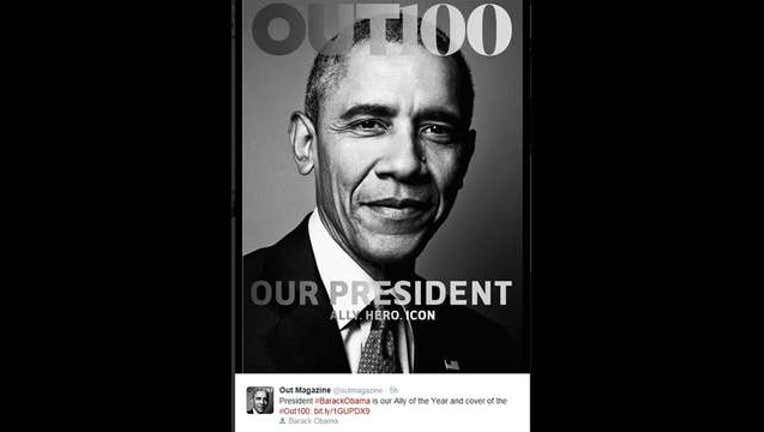 President Barack Obama is the first US president to be featured on the cover of an LGBT magazine. Photo: Out magazine

NEW YORK (FOX 5 NY) - President Barack Obama graces the cover of Out, making him the first sitting U.S. president to be featured on an LGBT magazine cover.

"A president who came to office on a wave of euphoria, appeared to lose momentum halfway through... has since rallied, helping us secure marriage equality, among other landmark initiatives that are transforming our place in America," wrote Editor-in-chief Aaron Hicklin.