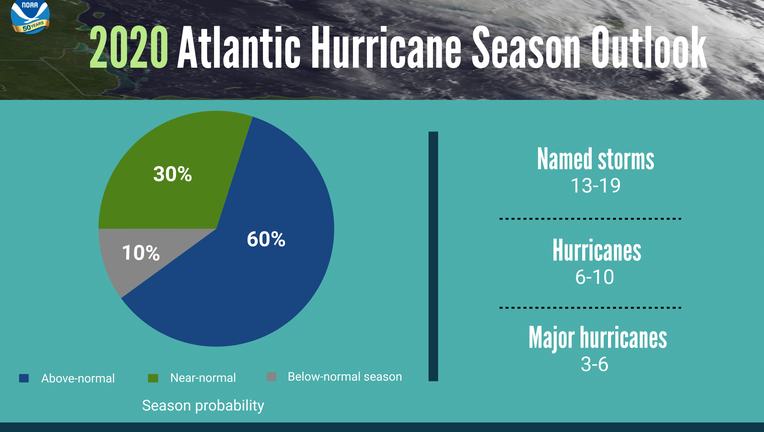 NOAA forecasters are predicting a 60% chance that the year will be above average, with a total number of named storms ranging between 13 and 19. The 30 year average, or what is classified as "normal", is 12 named storms.

Forecasters also saying there’s a 10% chance of a normal or below-normal season.

NOAA forecasters are saying of the 13-19 named storms, 6-10 will become hurricanes and 3-6 could be major.

RELATED: What to put in your Disaster Preparedness Kit