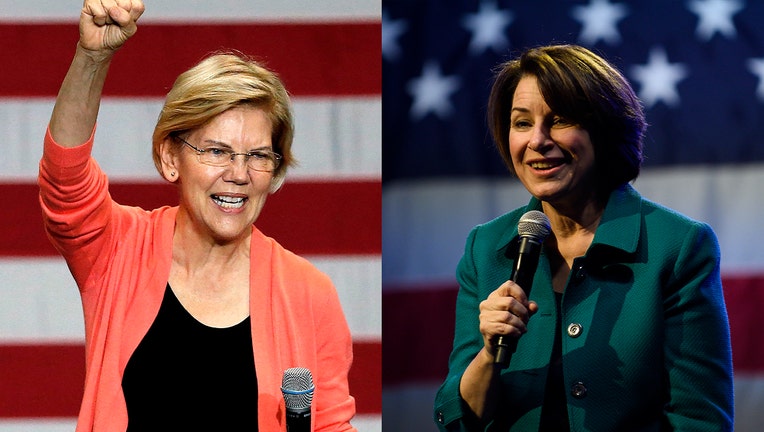 In a break from tradition, the New York Times editorial board has endorsed two presidential candidates instead of one.

Amy Klobuchar and Elizabeth Warren were chosen to represent the two ideologies of the party, moderate and progressive.

Other top candidates were passed over. Warren was selected over Bernie Sanders due to his inflexibility and refusal to compromise, a decision that caused Bernie's furious supporters to take to social media under the trending hashtag #IEndorseBernie. Warren's approach, although progressive, appeals to both the far-left and some moderates, the editorial board states.

Warren's biggest focus is on "Medicare for all", which has seen some suspicious responses from voters. Although challenging, Warren hopes to unify the divisions made in the U.S. as well as advocate for the progressives who are pushing for big changes.

Klobuchar beat out fellow moderate and leader in the polls, Joe Biden. Biden, although a familiar choice, wants only to return the country to the status quo it was before Trump was elected. Klobuchar has a more ambitious vision and a better chance of making progressive legislation a reality.

Both women have a modest background, Warren a middle-class former Republican from Oklahoma and Klobuchar, a midwestern Christian and daughter of two union workers. Can these be the ones to unify and relate to the American public?

"Any hope of restoring unity in the country will require modesty, a willingness to compromise and the support of the many demographics that make up the Democratic coalition — young and old, in red states and blue, black and brown and white," the article read. "For Senator Klobuchar, that’s acknowledging the depth of the nation’s dysfunction. For Senator Warren, it’s understanding that the country is more diverse than her base."