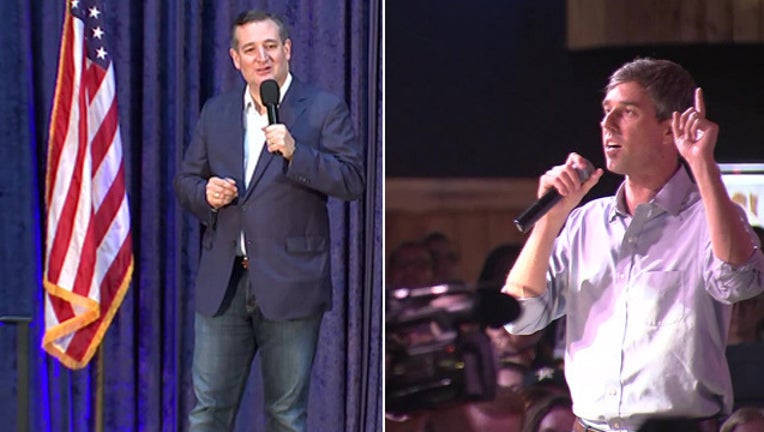 Republicans back Cruz 94 - 6 percent, as Democrats go to O'Rourke 94 - 4 percent. Independent voters are divided with 51 percent for O'Rourke and 47 percent for Cruz.

Texas likely voters approve 53 - 44 percent of the job Cruz is doing and give him a 52 - 43 percent favorability rating.

"The Texas U.S. Senate race between Sen. Ted Cruz and Congressman Beto O'Rourke, and Democratic hopes for an upset win there, have boosted talk of a Senate takeover. These numbers may calm that talk," said Peter A. Brown, assistant director of the Quinnipiac University Poll. "Congressman O'Rourke may be drawing big crowds and media attention, but Texas likely voters like Sen. Cruz better."
Immigration is the most important issue in their U.S. Senate vote, 27 percent of Texas likely voters say, as 21 percent list health care, 16 percent cite the U.S. Supreme Court and 15 percent say the economy.

"Gov. Greg Abbott is highly regarded by Texas voters and appears on the way to a landslide reelection. His lead over Sheriff Lupe Valdez is just under 20 points among likely voters and the governor gets good grades on his job performance," Brown said.

Details and sepcific questions asked in the poll can be found here : Quinnipiac University Poll