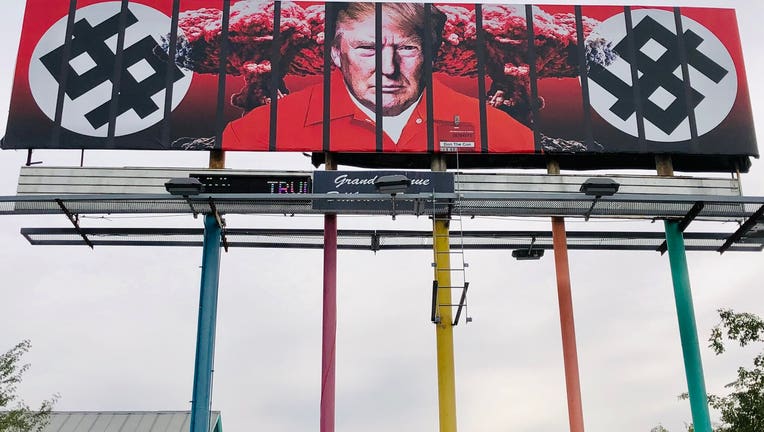 President Donald Trump is seen in a prison jumpsuit on a billboard near 11th and Grand avenues in Phoenix, AZ on Dec. 17, 2020.

PHOENIX - A new billboard has gone up in downtown Phoenix. This time, President Donald Trump is behind bars in a prison jumpsuit with an inmate badge that says "Don the Con."

The anti-Trump billboard is located along Grand Avenue near 11th Avenue. There’s also a ticker below it, displaying the increasing number of COVID-19 deaths in the U.S.

Back in June, the previous Trump billboard that had been in place for more than three years was replaced with a new billboard, featuring the message:

At the time, Fiorito wrote on social media:

"We have temporarily covered up Trumpocalypse and Unity with pro-voting and pro BLM billboards."

While the previous billboard was up, it was vandalized.

On Facebook, Moore says of the new billboard, "Good photo-op; up until the last week of January."

A lot of people saw the red nose over the weekend, during the annual Grand Avenue Festival.