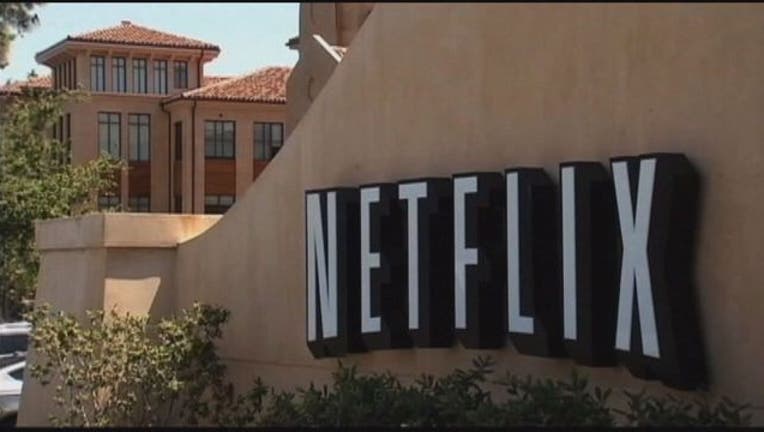 SAN FRANCISCO (AP) — Netflix is raising the price of its Internet video service by $1 for new customers in the U.S., Canada and some Latin America countries to help cover its escalating costs for shows such as "House of Cards" and other original programming.

The new price of $10 per month for Netflix's standard plan — its most popular — marks the second time in 17 months that Los Gatos, California, company has boosted its U.S. rates by $1. The trend reflects the financial pressure that Netflix is facing as it competes against Amazon.com, HBO and other services for the rights to TV series and movies that will expand its audience.

Netflix's 42 million existing U.S. subscribers are being insulated from the price bump. That's a move CEO Reed Hastings is taking in an effort to avoid a repeat of the customer backlash that stung the company four years ago when it raised rates by as much as 60 percent for subscribers who wanted Internet video and DVD-by-mail rentals.

The abrupt price increase in 2011 triggered an exodus that cost Netflix more than 800,000 subscribers and caused its stock to lose 80 percent of its value in a tumultuous 13-month period.

The experience taught Netflix to reward its existing subscribers as higher prices are phased in on new customers.

Subscribers who have been with Netflix since May 2014 will still pay $8 per month under a two-year rate freeze adopted when the company last raised its U.S. prices by $1. Customers who signed up since the last price increase will pay $9 per month until October 2016.

Netflix's audience continued to expand after last year's price increase, a pattern that investors appear confident that will be occur again with the latest uptick in rates. Netflix's stock surged $6.83, or 6.8 percent, to $114.93 Thursday.

Wall Street has been hoping Netflix would increase its prices because its profit margins have been shrinking as the company's expenses climb for programming and an aggressive international expansion.

Netflix Inc.'s programming costs are expected to rise from $3 billion this year to $5 billion next year. The research firm Ampere Analysis predicts Netflix will be paying $6 billion annually for its line-up by 2018.

Some of that money is being spent on previously released TV series and movies, but Netflix is pouring more money for shows that can only be found on its service — a formula that has been highly successful for HBO's pay-TV channel.

The strategy has paid off for Netflix too as its U.S. customer base has swelled by about 70 percent from 25 million subscribers since the 2013 debut of "House of Cards," the service's first major splash in original programming. Netflix now features dozens of exclusive programs.

Netflix's higher price might help Amazon's rival Internet video service, which is sold with a bundle of other features that includes free shipping from Amazon's online store for $99 annually, or $8.25 per month.

Some analysts, though, view Netflix's biggest competition as HBO, which sells an Internet-only version of its channel for $15 per month.

HBO's price may give Netflix leeway to raise its prices even further, according to Per Sjofors, CEO of consulting firm Atenga. His analysis of customer sentiment concluded Netflix could charge as much as $13 per month for its standard Internet plan without hurting its growth.

Netflix's standard plan allows subscribers to stream video on as many as two different devices simultaneously and watch programs in high definition. A basic plan available to new customers for $8 per month limits watching to just one screen, with no high-definition option.