NORTH PORT, Fla. - Neighbors told Fox News Wednesday that the Laundrie family – Christopher and Roberta Laundrie and their son, Brian – appeared to go on a trip in a new camper about a week after Brian got back to Florida in Gabby Petito's van.

William and Charlene Guthrie told to Fox News they noticed the Laundries had gotten a new camper attachment for their pickup truck and were loading it up, presumably for a trip about a week into September.

LATEST: Where is Brian? Dive team called to preserve amid search for person of interest in Gabby Petito case

"I was doing some work in the front yard and I noticed they got a new camper for the back of the pickup, I didn’t think anything unusual," neighbor William Guthrie told Fox News. "I saw them loading it up, so I assume they were preparing for a camping trip with their new camper."

"They were gone for the weekend," Charlene Guthrie added.

Defense attorney Anthony Rickman says law enforcement does not have to call Brian Laundrie a suspect in order to treat him like one.

The Guthries said they have told law enforcement about the apparent trip taken by the Laundries. They now know that Gabby would soon be reported missing and that Brian would be considered a person of interest in the case.

The Guthries said the supposed trip happened about a week after September 1, when Brian returned to Florida in Gabby’s camper van, which the couple had been driving across the country together. 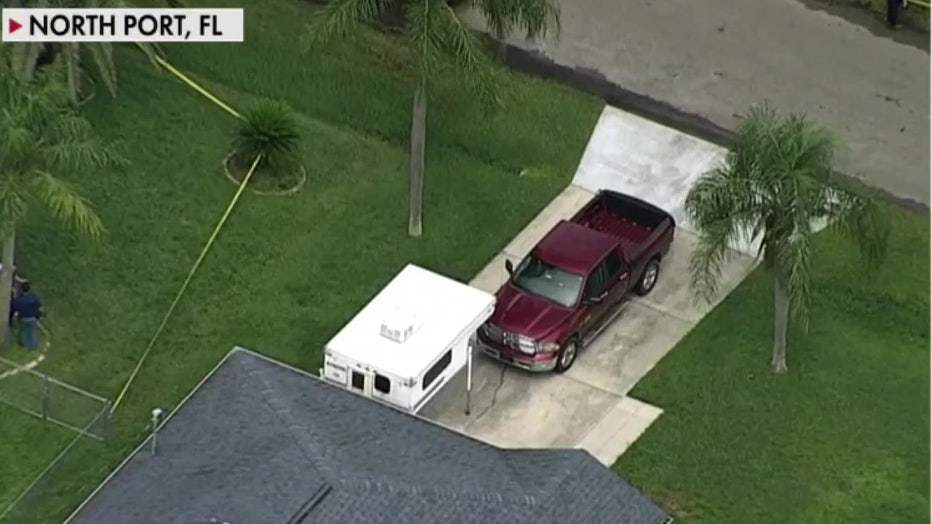 Since then, Gabby’s remains were found in the Grand Teton National Park and Brian has gone missing, possibly in the Carlton Reserve, in Sarasota County, where search crews have been looking all week for any sign of the ‘person of interest’ in Gabby’s disappearance and, now, homicide, according to the Teton County coroner.

Investigators looking in the reserve turned their attention to the water Wednesday. They brought in pumps and multiple divers to explore the possibility the water could be concealing what they are looking for.

That could be Brian, or it could be the backpack his parents said he took to the reserve. 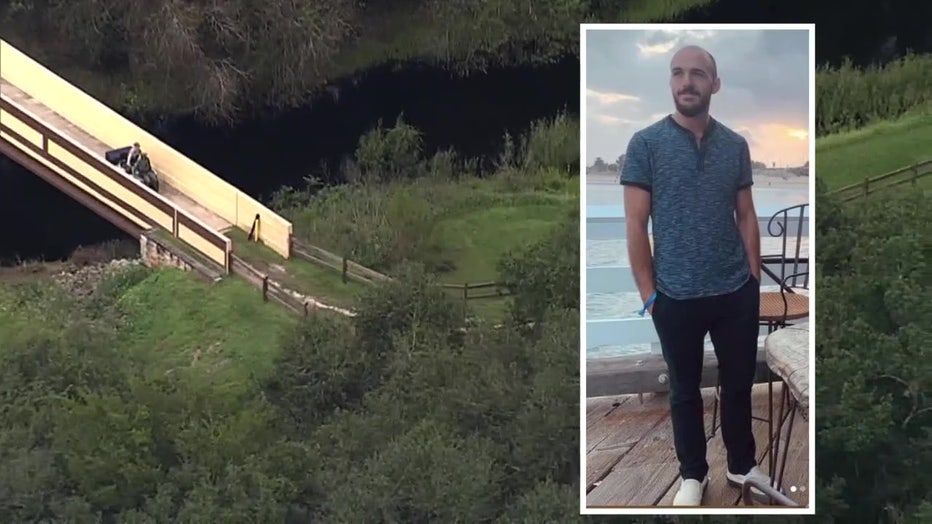 This is all going off of the information his parents provided authorities. They said Brian left last Tuesday -- 8 days -- to go to the reserve.

The family says the silver Mustang he was driving was located there, along with a note. His parents told police they found it and drove it back home Thursday and reported him missing on Friday.

The Mustang was removed as the FBI used a search warrant to collect evidence from the home Monday.

The FBI confirmed Tuesday that the remains found over the weekend in Grand Teton National Park were those of Gabby Petito, the Florida woman who went missing during a cross-country trip with her fiancé.

Investigators have invested so many resources in the area, knowing this is the last sighting they had of Brian.

A dive team from Sarasota County Sheriff's Office was also called in.

North port police said that doesn’t necessarily mean they had found anything of substance but it's another avenue to search, as they work to make sure they haven't missed any area.

They scroll through her social media accounts, analyzing photos and Google Maps. An army of digital detectives is unofficially on the case of Gabby Petito, whose story has captivated the internet.

As for a digital trail of evidence, North Port Police Chief Todd Garrison said last week they didn't have Gabby's phone and were still looking for it.

As of Wednesday, it does not appear police have Brian’s phone. It could have been one of the items he took with him when his parents said he left.

Investigators said Brian hasn’t been seen since September 14, according to his parents, who said they believed he was at the Carlton Reserve nature park. His parents haven't shed much light on their son's whereabouts since.