The suspect in killing the Nassau Bay police sergeant was last seen just before two this afternoon in Missouri City.

So many people can’t believe we’ve lost another area police officer. To show their support, they’re leaving flowers outside the Nassau Bay Police Department which is also City Hall as Sgt. Sullivan is being remembered.

Hearts are heavy in Nassau Bay, where a Tuesday night on the job for Sgt. Sullivan turned into a such a devastating tragedy, it is changing history.

"Well it’s the worst thing to happen in Nassau Bay’s history. We’re a town incorporated 50 years ago next year and even though we’ve had a couple of hurricanes, nothing rises to this. You can rebuild from a hurricane. You can’t replace a life, especially someone as precious as Sgt. Sullivan,” Mayor Denman adds.

UPDATE: Tavores Henderson has been arrested in Houston

In fact, not only is Sgt. Sullivan the first Nassau Bay officer ever killed in the line of duty, an officer here has never even been injured.

"This just kicks the legs out from under us,” says the mayor. 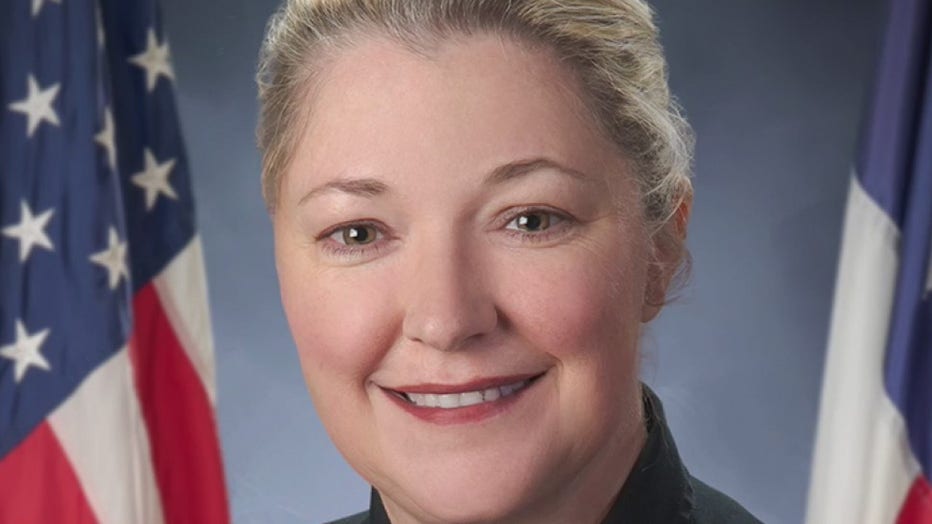 The 43-year-old sergeant leaves behind her spouse after just getting married last summer, her 15-year-old son, and countless sisters and brothers in blue who are left heartbroken.

"She was one of those good examples of what a good officer is,” explains Capt. Clemente Rodriguez with the Rice University Police Department. Capt. Clemente worked with Sgt. Sullivan for two years when she was a Rice U Officer. "That she’d been killed last night in the line of duty it really set me back and it was really hard to digest."

Sgt. Sullivan’s 16th anniversary with Nassau Bay would have been two days after Christmas. Even the smallest of residents in the city, which is less than 5,000 people and only 14 police officers, are grieving her loss.

"We just came here to pay our respects. We didn’t know much about her, really who she was. We heard from other people she was very kind,” says 13-year-old Joseph Fosmire.

The building that houses City Hall and the police department will be illuminated with special blue lights for a candlelight vigil Wednesday night at 6 p.m.