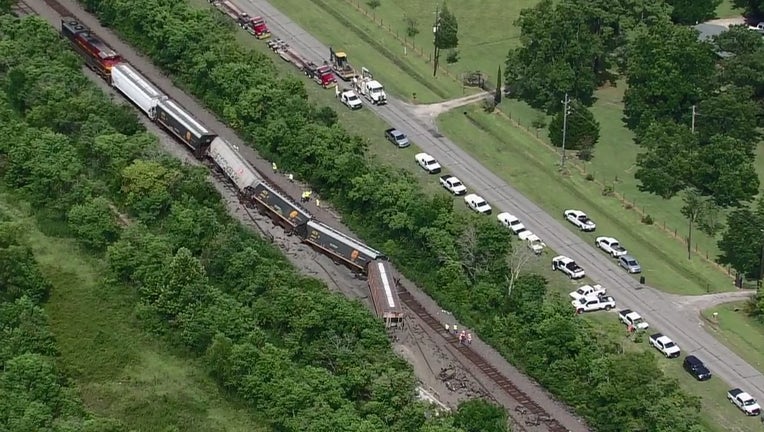 CROSBY, Texas - Cleanup is underway as about six train cars derailed in Crosby on Tuesday afternoon.

Officials said the train crew wasn't injured in the derailment.