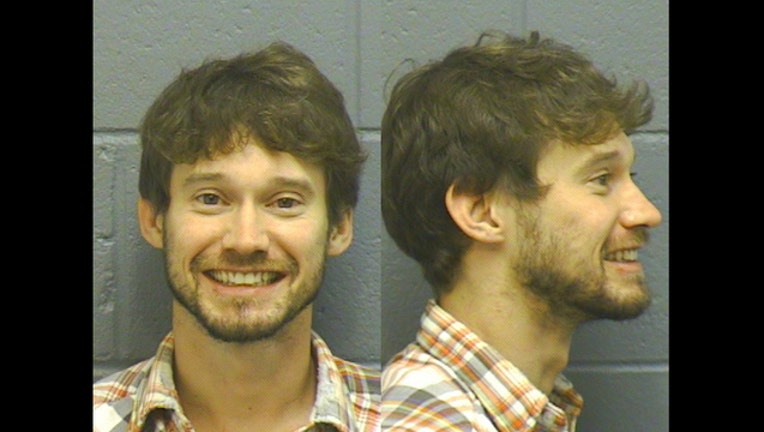 A report obtained by FOX 5 News from the Athens-Clarke County Police Department states that officers found Cohutta Grindstaff, 32, next to his FordF-150 which they said was partially backed over a retaining wall near South and Spring streets. Police said Grindstaff had called a wrecker to try to get his truck free and to "hurry before the cops get here.”

Police said Grindstaff smelled of alcohol and failed a field sobriety test. He was charged with DUI, failing to maintain a lane, and violating open container laws.

Grindstaff appeared on the MTV reality TV show ‘The Real World: Sydney’ in 2007. He also is the manager of a bar in downtown Athens.