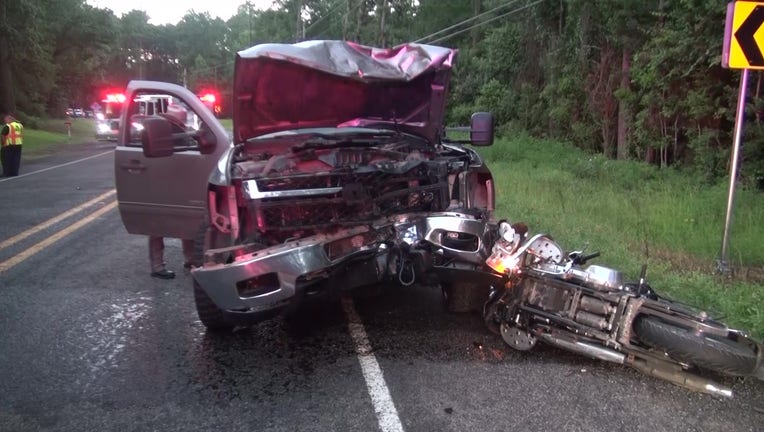 WILLIS, Texas - A motorcyclist has died and her passenger was seriously injured after a head-on crash with a truck Wednesday evening in Montgomery County, officials say.

It happened around 7 p.m. when authorities say a 28-year-old man driving his work truck loaded with tree debris down FM 1484 just past Ike White in Willis, Texas. That's when officials say he crossed into the oncoming lane, hitting a motorcycle head-on.

Investigators say the driver was tested on the scene and did not show signs of impairment. 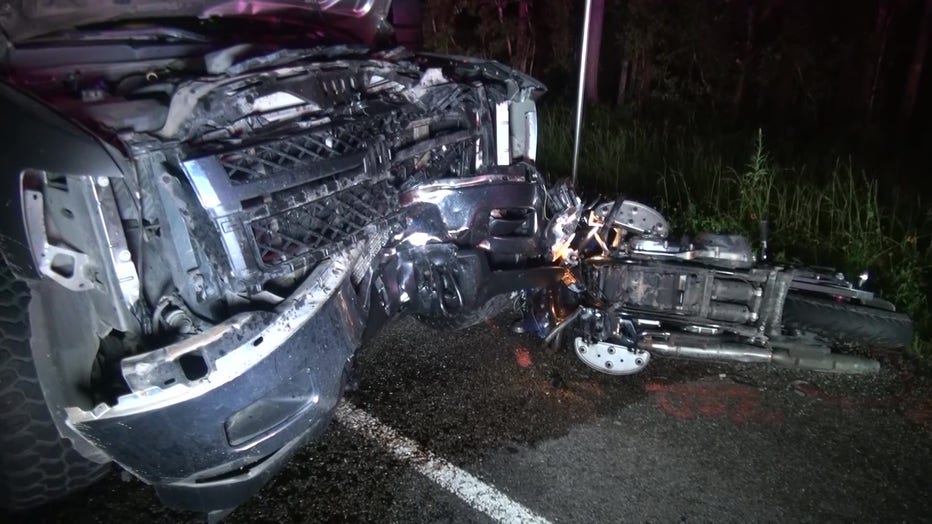 However, the motorcyclist, who was only identified as a woman in her 50s was pronounced dead on the scene. A passenger riding behind her was seriously injured and rushed to the hospital and as of midnight, was said to be in surgery. Both were reportedly wearing their helmets.

The other passenger and the truck driver have not been identified yet, and it's unclear if the driver will face any charges as of this time, but an investigation remains underway. 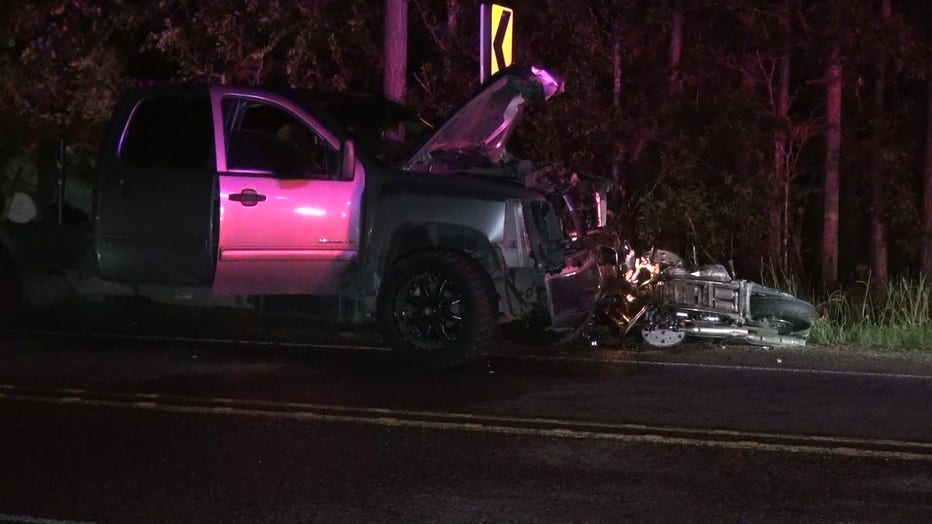