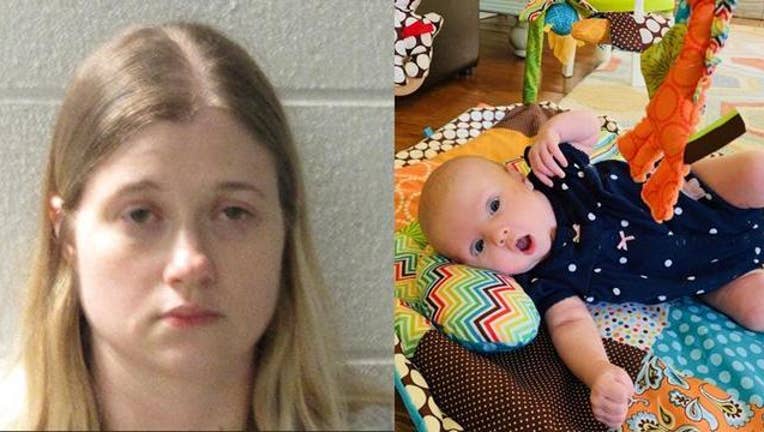 ASHEVILLE, N.C. (FOX 46 CHARLOTTE) - An Asheville woman faked the kidnapping of herself and her 7-week-old daughter and threw the child down a ravine, authorities said.

Authorities reported Madden said both she and the baby were kidnapped in Biltmore Park. Madden told police she was able to get away from the kidnappers but that they took her baby.

7-week-old Shaylie was found hours later at the bottom of a 75-foot ravine by a Henderson County man after he and his wife heard her crying.

"My wife said ‘we hear a baby crying,’ so I cut my truck off. We first didn’t know if it was a crow or what, but then my daughter saw it," Scott Fowler told WHNS. “She had fell out of her baby chair and bumped her head on a rock."

Henderson County Sheriff Lowell Griffin told reporters Friday that it was by the "grace of a merciful God" that the baby, Shaylie Madden, survived the fall and was found.

"This was, simply, in my opinion, by the grace of a merciful God, that we had a female that goes to check her mailbox. She really believes she hears the faint cries of an infant. She summons her husband, who is a self-employed grading contractor. He arrives in the area, descends about a 75-foot, into a 75-foot ravine, to find the child alone with a car seat over the bank,” said Griffin.

The baby was taken to the hospital and was in good condition, authorities said.

“Everything was the good Lord’s work,” Cheryl Foweler said. “We heard her. We found the baby. My phone worked each time I made a call, and we never get reception out here.”