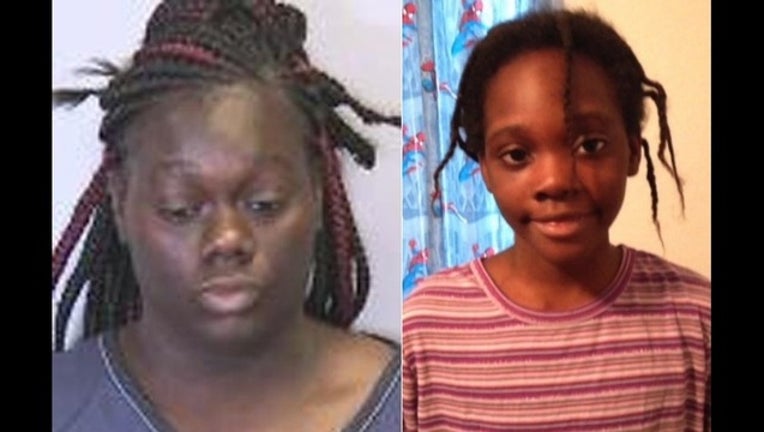 MIAMI (AP) — The mother of a girl found dead in a freezer was accused of beating her five children for years in a home that at times was filled with rats and roaches, according to documents released Tuesday.

The documents, released by the Manatee County Sheriff's Office, show child welfare investigators visited the home of Keishanna Thomas 10 times amid allegations that she beat one of her children with an electric cord leaving welts, burned another child with bleach so badly her skin was discolored and left another child with 22 scars. Despite evidence of abuse, investigators wrote in their reports that the children were not in imminent danger.

One of the children was removed from the home in 2004, but she was later returned to her mother, whose criminal history includes arrests on charges of battery and drug possession, the documents say. Details about when and why that child was returned were not clear.

In September, another call came to the state's child abuse hotline, claiming Thomas beat her 12-year-old son for stealing candy. It was then that they discovered no one had seen her 11-year-old daughter Janiya for more than a year. Her siblings told investigators they came home from school one day, and she was gone; they presumed she was dead.

A padlocked freezer was left by Thomas and another man at the home of Janiya's grandmother, she and the girl's aunt told authorities. Inside was a body that officials confirmed on Monday was that of Janiya. The grandmother and aunt say they didn't realize what was inside.

Janiya's mother had initially been jailed on contempt and child abuse charges because she refused to talk about the girl's whereabouts. The contempt charge has been dropped, though she is jailed on a charge of abuse of a corpse.

It's unclear how the child died. Police say they need to do more testing.

The Department of Children and Families has removed Janiya's four siblings, and Secretary Mike Carroll said his agency is investigating whether anything could have been done differently to prevent Janiya's death. The sheriff's office is in charge of child welfare investigations in the area and handled the Thomas case for years. The agency did not immediately return emails seeking comment Tuesday.

But the documents released by the agency portrayed a violent family life, including six cases alleging physical injury to the children and two cases of family violence, as the single mother struggled to control her anger and appeared to take it out on the children.

"The mother is consistently uncooperative with (investigators), and she does not follow through with services when they have been offered and put in place. The children have become increasingly fearful of their mother and frequently feel unsafe in their home environment," investigators wrote after visiting the home last month.

But for years, investigators dismissed safety threats. In 2004, one of the children had 22 scars and said her mother beat her. A few years later, a child who cannot use one arm had been hurt in a fall and appeared to have scratches on her face. But the girl was afraid to talk to investigators and said only that she fell, according to the report. Investigators came to the home again in 2012 after one of the children had burns on his arms and legs, but officials wrote "there are not negative implications based on signs of present danger."

Last year, one of the children said his mother pulled down his pants and beat him with an electric cord. A doctor who examined the child also found the marks were "abusive and consistent with being hit with an electrical cord."

Thomas said she hit the child with her hand and said the child had been lying and stealing, according to the report; investigators again filled out paperwork alleging the children were not in imminent danger.

Family members have said little about Janiya's death, telling The Associated Press only that they were speechless and heartbroken.

Most recently, the girl's siblings told investigators Thomas punished Janiya for soiling herself by leaving her inside a bathroom for long periods of time, according to an affidavit. When asked how long, the child said it was a week or so, with Janiya even eating in the bathroom. He said his mother slept in the front room so she could catch Janiya if she tried to sneak out at night.

When asked how the girl celebrated her birthday last year, the child said Janiya stayed in the bathroom. Another child said the mother used a belt and punched Janiya.