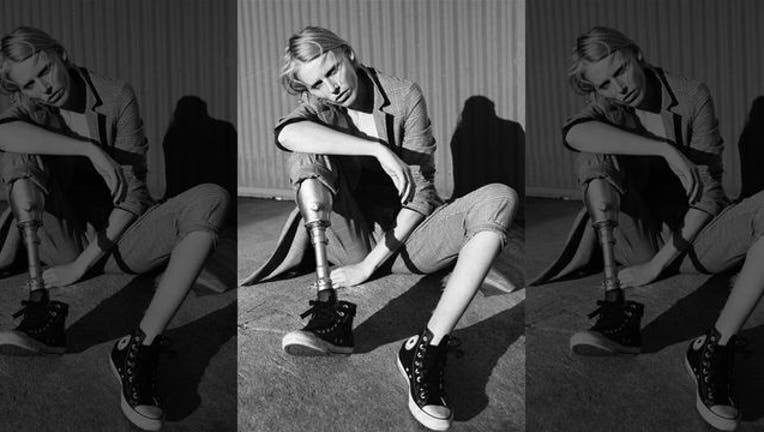 (FOX NEWS) - Five years ago, at age 24, model Lauren Wasser nearly died from toxic shock after using a tampon, which resulted in her losing her right leg and part of her left foot. Now, she may lose her entire left leg as well.

“Had I known toxic shock was real, and had I seen someone that had either lost limbs or spoke about it publicly, I would have never used tampons,” Wasser told People.

Toxic Shock Syndrome is a life-threatening complication caused by toxins from the bacteria Staphylococcus aureus, or staph, which is found in many women's bodies. TSS is linked primarily to menstruating women, especially those who use super-absorbent tampons, and made headlines in the 1970's and 1980's for causing the death of several young women.

The model, who now appears on runways and ad campaigns with her gold prosthetic leg, is still struggling with the damage left behind from TSS. At the time of the initial incident in 2012, Wasser told Vice that doctors wanted to amputate both legs, but she fought to keep the left one.