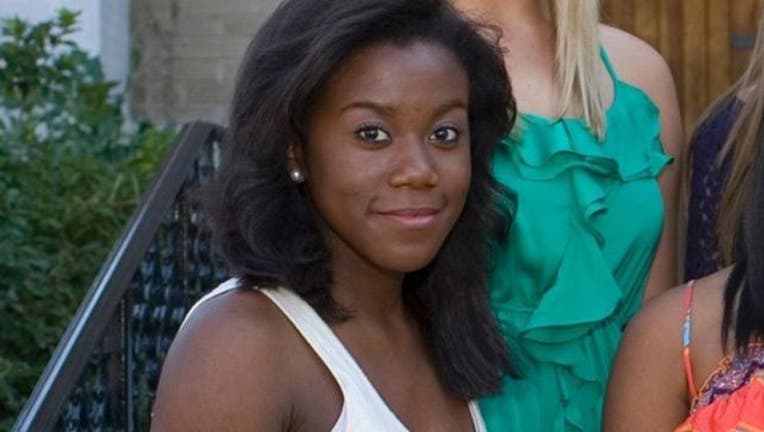 OXFORD, Miss. (AP) — A Mississippi woman who tried to join the Islamic State group sought to apologize at sentencing Thursday, tearful as a federal judge ordered her to spend 12 years in prison on a terrorism charge.

Vicksburg native Jaelyn Young, who once sought to disguise a planned journey to Syria as her honeymoon, told U.S. District Judge Sharion Aycock that she finds what she did "surreal," adding she felt shame over her actions and sorrow for the humiliation she caused her family.

"I wasn't myself. I said and did things that were so contrary to me," the 20-year-old Young said, hunching her shoulders as she broke down in sobs. "Much of this remains surreal to me."

"When things really began to snap back into place, then I began to feel shame," Young added.

Aycock, in addition to ordering prison time, also sentenced Young to 15 years of probation, including a requirement that she undergo mental health treatment and that probation officers be allowed to search her electronic devices to ensure she wasn't engaging in any pro-terrorist activity online.

She and her parents told the judge that Young had turned to Islam amid an emotional crisis she experienced as a chemistry student at Mississippi State University.

That crisis ultimately led to Young adopting the radical version of Islam espoused by the Islamic State, contacting undercover FBI agents posing as Islamic State members online in May 2015 in an attempt to join the group, and secretly using credit cards to buy tickets to Istanbul for herself and her fiance, Muhammad Dakhlalla of Starkville.

Dakhlalla pleaded guilty on March 11 to a similar charge and is set to be sentenced Aug. 24.

The thought that Young was trying to aid enemies that her father risked his life to fight was apparent in court among those who spoke at Thursday's sentencing. Leonce Young, a two-decade veteran of the Vicksburg Police Department, said he blamed himself for being gone on multiple tours of duty as a noncommissioned officer in the Naval Reserve.

"The guilt of my father being in the military and then me being in this position, it's like a slap in the face," Jaelyn Young said. "There's just so much humiliation. And I didn't think of that."

Young's mother, father and pastor all took the stand. Each struggled to explain what had happened to a girl who had been a champion gymnast, cheerleader, honors student, homecoming maid and aspiring physician.

"I beg you to have some leniency on my daughter," her father, Leonce Young, told the judge.

Assistant U.S. Attorney Bob Norman urged the judge to reject that argument, telling Leonce Young that "thousands and thousands of other servicemen have left their families and gone overseas to do their duty and their children didn't betray their country and try to join ISIS."

Her mother, Benita Barnes Young, said that she failed to adequately react to her daughter — who though dutiful and precocious on the surface — had experience emotional troubles that included feelings of isolation.

The superintendent of Louisiana's Madison Parish school district, Benita Young said she was too strict in reacting to her daughter's troubles as a college student, at a time when her daughter was turning to Islam for solace.

Federal prosecutor Clay Joiner noted that although Dakhlalla helped introduce Young to Islam, it was Young who incited Dakhalla to travel to Syria with her.

"By her own statement, she is the planner, the driving force, behind an attempt to join an organization that was openly murdering Americans at this time," Joiner said.

Joiner also said Young had acknowledged in farewell letters that she was committing a crime, had lied to federal agents and encouraged Dakhlkalla in prison letters to lie and remain true to a radical vision of Islam. Dakhlalla, by contrast, "from the moment of his arrest cooperated fully, completely and truthfully with authorities."

Follow Jeff Amy at: http://twitter.com/jeffamy. His work can be found at http://bigstory.ap.org/author/jeff-amy