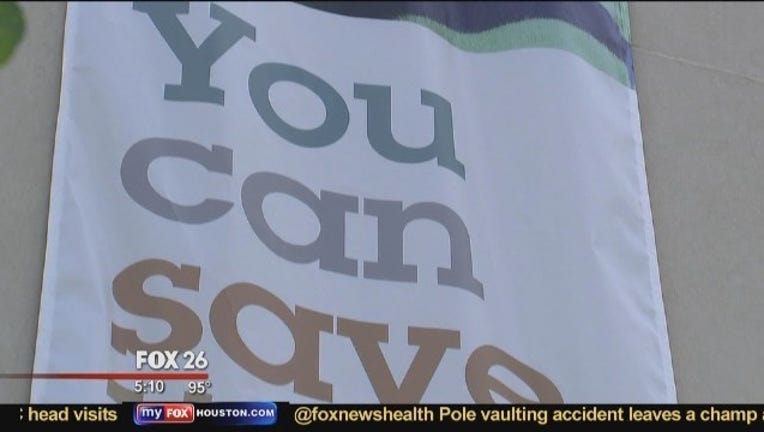 Reginald King doesn't take anything for granted any more, not even the searing heat of a Houston afternoon. His mother died of Congestive Heart Failure in her 40's and his sister had a heart transplant because of it, and he'd been diagnosed with it, somehow he thought he'd be just fine.

"I never drank. I never smoked. I always worked out because of my family history. So I'm doing all these things and I'm in pretty good shape." he said.

He was wrong. It got worse and worse. Eventually he was close to death and needed a transplant.

On Valentine's Day a few years back a Dallas-area teenager named Ian Heideman was in a fatal wreck. Reginald would get his heart. Ian saved a number of lives that day. Reginald was extra lucky.

Claudia Sanchez with Life Gift says 70% of  the people awaiting transplants are minorities. She says there are three reasons for this:

1) Health factors. Minorities are more likely to have certain medical conditions like hypertension and diabetes.

3) Compatibility. Donations tends to work best within the same ethnic group.  Sanchez with says they are trying to counter this trend with outreach and education.

People like Reginald King. He sees the reluctance to donate first hand and does his best to convince other minorities to become organ donors.

"It's like breaking down a wall because I've heard it. I'll tell them my story and ask 'Are you and organ donor?' 'No I'm taking what I got with me!' 'You don't need what you got. You're going to be gone. You don't wanna be that blunt. You want them to know he, man., you are not going to need it."