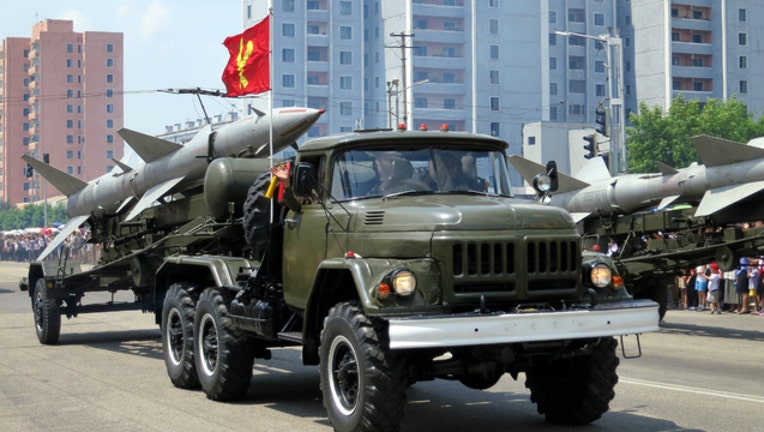 (FoxNews.com) - The Trump administration is considering a wider range of strategies on how to deal with North Korea, including the military option, Trump's national security adviser said Wednesday.

“The threat is much more immediate now and so it’s clear that we can’t repeat the same approach – failed approach of the past,” H.R. McMaster, the adviser, said during a security conference with Homeland Security Chief John Kelly.

He said it would be insanity to continue to do the same thing the U.S. has done for years and expect a different result.

McMaster’s comments come a day before Trump is scheduled to meet with South Korean President Moon Jae-in. South Korea’s new leader vowed to stand firmly with Trump against North Korea, downplaying his past advocacy for a softer approach toward the isolated regime.

"Together we will achieve the dismantlement of North Korea's nuclear program, peace on the Korean Peninsula and eventually peace in Northeast Asia," Moon said.

The talks between Moon and Trump, which begin with dinner on Thursday night and then formal talks on Friday, come amid intense wrangling over North Korea.

China is pushing the United States to start negotiations with the North. That prospect appears unlikely as Trump grows frustrated over Beijing's level of economic pressure on the North, its wayward ally.

North Korea shows no sign of wanting to restart talks on abandoning its nuclear weapons program.

Moon told The Washington Post that North Korean leader Kim Jong Un is "unreasonable" and "very dangerous" and that pressure was necessary. But Moon said sanctions alone would not solve the problem, and dialogue was needed "under the right conditions."