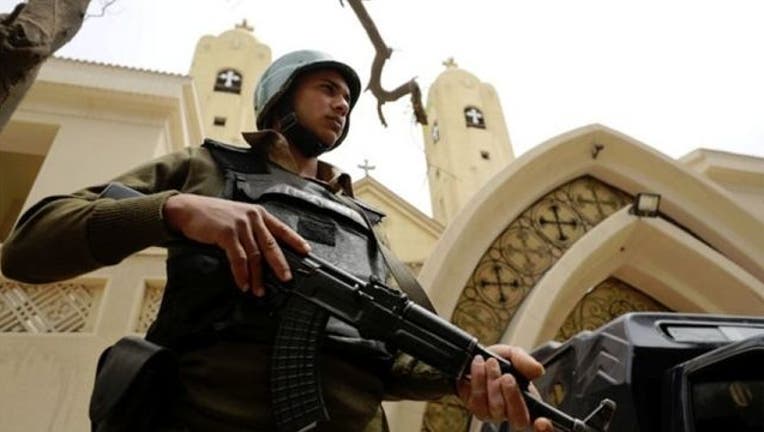 No group immediately claimed responsibility for the attack, which came on the eve of the Muslim holy month of Ramadan.

The assault happened while the bus was traveling on the road to Saint Samuel the Confessor Monastery in Maghagha, in the Minya governorate, about 220 kilometers (140 miles) south of Cairo, security officials said.

The officials cited witnesses as saying they saw between eight and 10 attackers, dressed in military uniforms and wearing masks. The victims were traveling from the nearby province of Bani Suief to visit the monastery.

Khaled Mogahed, the Health Ministry spokesman, said that the death toll reached 26 but feared it could rise further. According to Copts United news portal, only three children survived the attack.

Arab TV stations showed images of a damaged bus along a roadside, many of its windows shattered. Ambulances were parked around it as bodies lay on the ground, covered with black plastic sheets.

Though no one immediately claimed responsibility for the attack, it had all the hallmarks of Egypt's Islamic State affiliate.

Egyptian authorities have been fighting IS-linked militants who have waged an insurgency, mainly focused in the volatile north of the Sinai Peninsula though attacks have taken place also on the mainland. Egypt's Coptic Christians have emerged as a top target of IS.

Friday's attack is the third against Christians in Egypt in six months.

Late last month, Pope Francis visited Egypt, in part to show his support for Christians of this Muslim majority Arab nation who have been increasingly targeted by Islamic militants.

During the trip, Francis paid tribute to the victims of the December bombing at Cairo's St. Peter's church, located in close proximity to the St. Mark's cathedral, the seat of the Coptic Orthodox Church.

Following the pope's visit, IS vowed to escalate the attacks against Christians, urging Muslims to steer clear of Christian gatherings and Western embassies, saying they are targets for the group's followers.

Over the past decades, they have been the immediate targets of Islamic extremists. They rallied behind the country's general-turned-president, Abdel-Fattah el-Sissi, in 2013 when he ousted Islamist predecessor Mohammed Morsi, who hails from the Muslim Brotherhood group. Attacks on Christian homes, businesses and churches subsequently surged, especially in the country's south, traditionally Egypt's Christian heartland.