Pasadena residents and country music fans are in mourning after popular singer Mickey Gilley passed away Saturday. He was 86-year-old. Mayor Jeff Wagner shared the disappointing news on social media calling the King of Honky Tonk a "true legend."

PASADENA, Texas - Honky Tonk Legend, Academy of Country Music award-winner, and Pasadena's own Mickey Gilley passed away Saturday and the community continues to mourn his loss.

The 86-year-old passed away from ongoing health issues in Branson, Missouri, where he helped run the Mickey Gilley Grand Shanghai Theatre. He had been performing as recently as last month but was in failing health over the past week.

"He passed peacefully with his family and close friends by his side," according to a statement from Mickey Gilley Associates.

Born in Natchez, Mississippi, Gilley grew up poor, learning boogie-woogie piano in Ferriday, Louisiana, alongside Lewis and fellow cousin Jimmy Swaggart, the future evangelist. Like Lewis, he would sneak into the windows of Louisiana clubs to listen to rhythm and blues. He moved to Houston to work construction but played the local club scene at night and recorded and toured for years before catching on in the ‘70s.

He was the recipient of several accolades including six ACM Awards, a star on the Hollywood Walk of Fame, and was inducted into the Texas Country Music Hall of Fame in 2011. He was one of only a handful of artists to receive the Academy of Country Music's Triple Crown Awards. 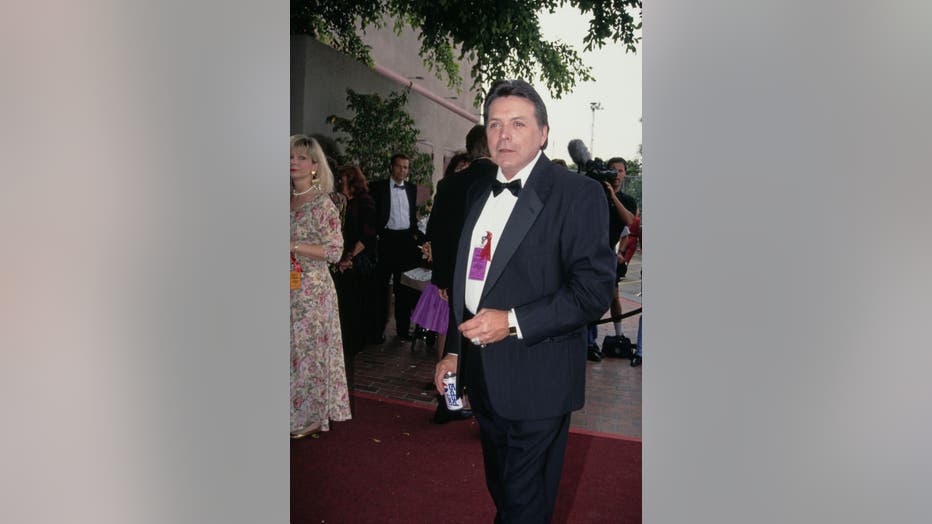 Fellow artists and loved ones shared statements and memories of the legendary artist:

"My heart will forever break over the loss of my dear friend Mickey Gilley. He believed in me when no one else did. Losing Gilley feels like a bad dream and sadly it’s not. He loved his fans more than anything in the world and taught me everything I needed to know about country music. He always told me if I thought it was going to rain, to always grab my umbrella. My prayers are with Cindy during this very difficult time." - Johnny Lee

"Mickey Gilley and I have been friends since his 'Urban Cowboy' and my 'Any Which Way You Can' movie days. We had performed a lot around the country together and especially at his Gilley's Club in Texas. We had quite a time! Gonna miss you!" - David Frizzell

"I enjoyed working on Mickey Gilley records as a backup singer, with the great Eddie Kilroy as producer. One of the first big concerts I played was Gilleys in Pasadena, TX and was amazed at the bucking bull machine! Mickey’s image and memory will be forever." - Janie Fricke

"Just when we think our hearts can’t take anymore, we get the news that our dear close friend Mickey Gilley has passed. He truly altered the course of country music. Doing concerts with him through the years was always an incredible experience. We were fortunate to have gotten to see one of his last concerts just recently. His voice was great and strong as ever. Our prayers are with Cindy, the family, and his many fans. Rest easy our friend and know that you will be deeply missed." - TG Sheppard & Kelly Lang

"I am heartbroken by the passing of Mickey Gilley. I started out my career opening for Mickey. He was such a great person and entertainer. I have loved him ever since." - Crystal Gayle 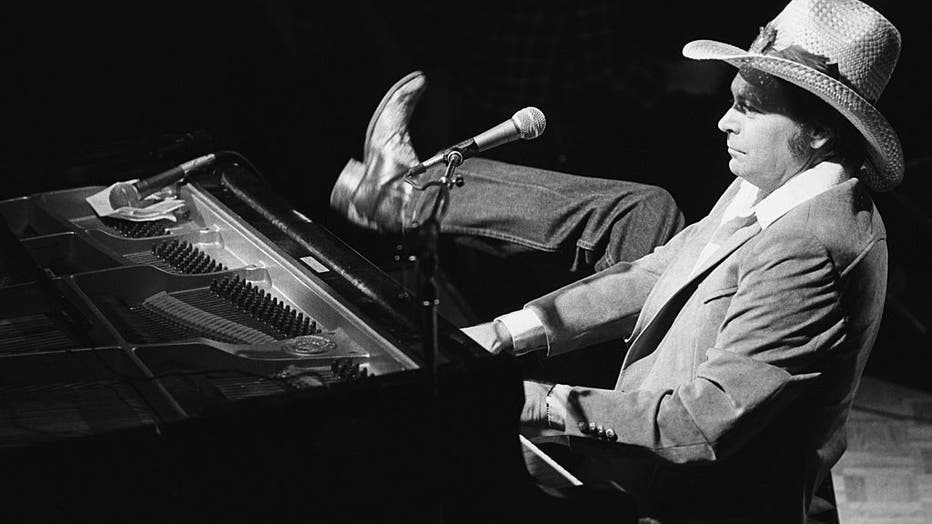 "Once again we have lost another country music star and a long-time friend. Rest In Peace Mickey Gilley until we all sing again. In the meantime, we will miss you brother." - Joe Bonsall / The Oak Ridge Boys

"Mickey and I did so many shows together. I feel Mickey and Johnny are like brothers from another mother and this loss hits hard and he will be sorely missed. I truly respect him as a musician and he was a great entertainer. My thoughts are with his family and friends." - Lacy J. Dalton

"We just lost a great human being. Mickey Gilley has been honky-tonkin’ since the ’50s. ‘Urban Cowboy’ secured him a spot in America’s consciousness and he’s been in our minds ever since. He lived a full life and left us with a great catalog of hits. One of the things that I’m most proud of is that over the years we have become close. The times we spent together doing shows, cruises, or just talking were a gift. Sheila and I will miss him a lot. Please keep his family and friends in your prayers." - T. Graham Brown

"Every loss to our country music community is a great loss, but this one hits close to home for me. It breaks my heart! Mickey Gilley was one of my musical heroes. No one could play a honky tonk piano better than Gilley, and no one had a better time on stage than Gilley. After his accident took away his ability to play, he often called me to play piano for him when he was in Nashville. He said I sounded more like Mickey Gilley than he did. That's one of the greatest compliments I've ever had or will ever have. Not long ago, Jeannie Seely and I opened for Mickey at a festival in Illinois. He invited me on his bus where we visited for over an hour. I don't know if he even realized how special that time was for me. My prayers go out to Cindy and the rest of his family and friends. Tonight I'm playing a show in Kentucky, and you can bet I'll be singing "The Girls All Get Prettier At Closing Time" in honor of Mickey Gilley and the honky tonk sound he loved." - Tim Atwood

"My heart aches hearing of the passing of the incomparable Mickey Gilley. I was blessed to have known him and to have had the honor to record a song with him. He was an amazing person and someone I will truly miss. Rest In Peace my dear friend until we meet again in paradise." - Lisa Matassa

"With the Urban Cowboy movement of the 1970s, Mickey Gilley introduced his unique piano playing style to a whole new generation. He was one of the greatest entertainers I have ever had the pleasure of witnessing, as well as a warm and wonderful friend. Our deepest condolences go to his wife Cindy, cousins Jerry Lee Lewis, Jimmy Swaggart, and Linda Gail Lewis, his family, and millions of fans around the world. He will be greatly missed" - Dallas Wayne

"Mickey Gilley is one of the most famous country singers of all time. Not only was he a great singer he owned the biggest nightclub in Texas at one time. Truly a country Icon and cousin to the one and only Jerry Lee Lewis. RIP to a legend and truly one of a kind!" - Shane Owens 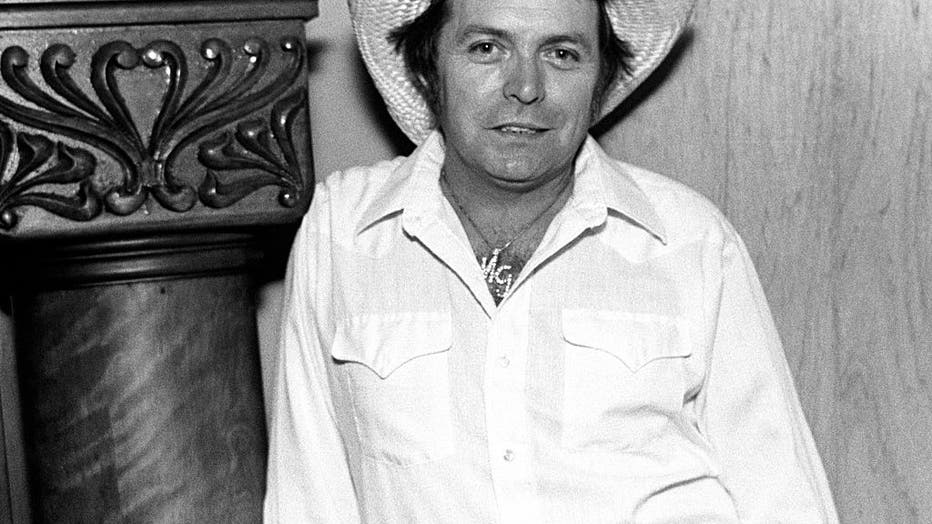 "I am saddened to hear the passing of the legendary Mickey Gilley. One of the biggest names in the business. I was honored to perform in his famous nightclub in Vegas many times. Prayers to his family." - JD Shelburne

"It breaks my heart to hear of Mickey’s passing! He has been a staple in music for many years & his spirit will truly be missed." - Paige King Johnson

"Another great loss in Country Music - so sad to hear of the passing of Mickey Gilley. Our paths crossed a few times being in Branson; and Gene Watson and I did his TV show. I loved the day I was fortunate to hang out backstage with Johnny Lee & Mickey Gilley during one of their shows. Great stories and great memories. May He Rest In Peace." - Rhonda Vincent

"I am saddened to hear of the passing of yet another country legend, Mr. Mickey Gilley. I was first exposed to Mr. Gilley and his music when I watched "Urban Cowboy". His rendition of "Stand By Me" is a true country classic. From hits such as "Don’t The Girls All Get Prettier At Closing Time" to "Room Full of Roses" in addition to his world-famous Gilley’s Bar, Mr. Gilley will go down in history as one of the all-time greats." - Makenzie Phipps

"In 1980, Mickey Gilley and his country nightclub Gilley's, was the scene for the movie 'Urban Cowboy', and along with his great music, was instrumental in introducing country music to a global audience. What a legacy!" - Joey Canyon

"I am beyond sad to hear the news of Mickey Gilley. Growing up in Texas, the name was all too well known to me. So many #1 songs that will never be forgotten and neither will he. Rest In Peace Mickey. We will see you again." - Mary Sarah