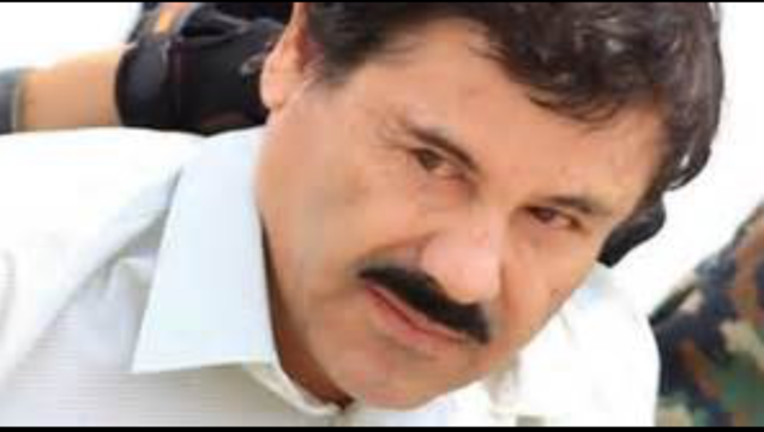 Based on this information, the search for the world's most wanted drug boss has focused in recent weeks on a rugged area that stretches from Sinaloa into neighboring Durango state, part of Mexico's infamous Golden Triangle drug-producing region that is considered Guzman's home turf, said the official, who agreed to give details of the operation only if not quoted by name.

The official said that after Guzman's escape from the maximum-security prison where he was being held not far from Mexico City, the leader of the powerful Sinaloa Cartel was taken to the central state of Queretaro. From there, he was flown in a small plane to the Sinaloan mountains, the official said.

Several days ago, Attorney General Arely Gomez told Mexican lawmakers that authorities had captured a pilot who aided Guzman after his escape. The federal official said Saturday that it was the pilot who flew Guzman in the small plane.

Late Friday, the government said Guzman had avoided capture in an operation in the mountains of northwestern Mexico.

A statement by Mexico's Security Cabinet said officials think the legendary drug lord injured a leg and his face fleeing Mexican marines in the rugged terrain. It provided no details on when or exactly where the operation took place, but the area of mountains of Sinaloa and Durango is in northwest Mexico.

The statement cited information-sharing with international agencies for leading authorities to the area.

On Saturday, a mayor in the region said hundreds of people had left their homes in mountain communities in the search area in fear of the military operation. Samuel Lizarraga, mayor of the Cosala municipality, said that in the previous 10 days officials had recorded the arrival of 250 heads of households, which he estimated meant a total of 600 to 700 adults and children.

"Some told us that they had been walking up to six days from parts of the mountain zones," he said in a telephone interview with The Associated Press. "They came very afraid."

Oscar Loza, spokesman for the Commission for the Defense of Human Rights of Sinaloa, said his group began getting calls from the search area on Oct. 6 asking for help from people who reported Mexican troops were shooting in the area and also hindering the movement of residents.

"Saturday the 10th we were able to get to one of the communities, called El Verano, and they received us in tears. They were very afraid," Loza said.

One resident, who would give only the name Heraclio, told AP journalists that marines had been firing weapons and exploding grenades even though they knew women and children live in the area.

"They came shooting at my brother's ranch," he complained.

Guzman previously escaped from another maximum-security prison in 2001, and evaded capture for years in the mountains of Sinaloa.

His most recent escape strained relations with Washington, which had formally requested the drug kingpin's extradition just weeks earlier.

A variety of U.S. officials, including lawmakers and law enforcement officials, had called for Guzman's transfer to the U.S. since his arrest in February 2014. Mexican officials, however, said Guzman wouldn't be sent to the U.S. until he had served time for all of his crimes in Mexico.

Guzman escaped through a sophisticated tunnel that opened in the floor of his cell's shower. A surveillance video of Guzman's cell shows him walking to the shower — where there was a blind spot in the security camera's view — crouching down and then vanishing.

Mexico has issued arrest warrants for 23 former officials, guards or police officers for allegedly participating in his escape. In addition, 10 civilians are being held under a form of house arrest.