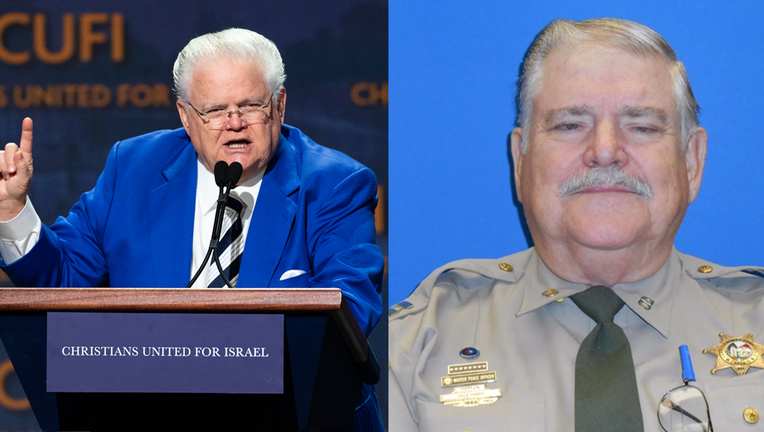 According to court documents, Hagee started forcing the 5-year-old girl to have oral sex with him in 1989 at their Harris County home. She told investigators that Hagee began having sexual intercourse with her about three times a week by the time she started kindergarten.

The victim says Hagee stopped having sex with her at the age of 13, because that's when she began menstruating.

The victim described the abuse as a "full-on sexual relationship" that occurred in multiple places including their home, documents say.

Investigators say the first person the victim reported her abuse was her aunt who told her husband, who happened to be Hagee's brother. Hagee's brother says he confronted Hagee over the phone and told him he was not welcome at their home.

A spokesperson for televangelist and megachurch Pastor John Hagee released the following statement:

"Since Pastor Hagee was made aware of this situation, he and his wife have offered and given their full and unconditional support to the victim, including respecting their decision when to go to law enforcement and also speaking to law enforcement on the victim’s behalf."

Jack Hagee is charged with Indecency with a Child and Aggravated Sexual Assault of a Child.