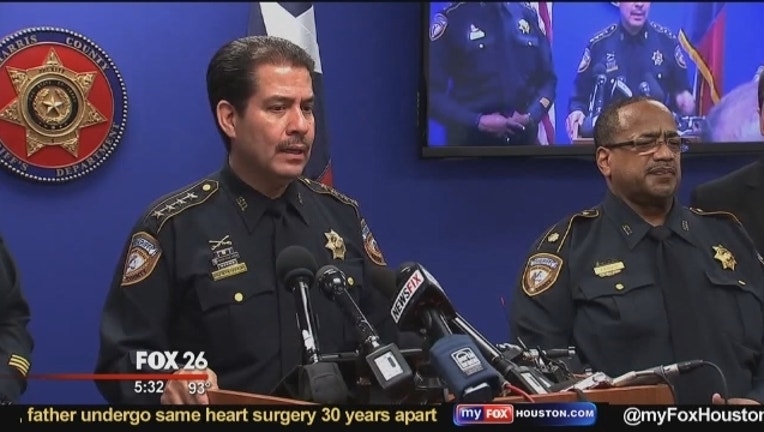 HOUSTON, Texas - Six fired, 29 suspended - the April bloodbath at the Harris County Jail put yet another dent in Sheriff Adrian Garcia's reputation as an effective administrator of the nation's third largest jail.

The mass terminations and punishment capped a seven year tenure riddled with jail related controversy - officers having sex with inmates, inmates raping other inmates and inmates dying after confrontations with jailers. In the minds of many, it just never seemed to get better. For mayoral candidate Garcia, management of the troubled jail looms as a potentially damaging portion of an otherwise solid resume.

In terms of political liability, Fox 26 asked University of Houston political analyst Brandon Rottinghaus to rate Garcia's jail house problems on a scale of one to ten.

"I'd rank this as a seven, rising perhaps to a nine if the issue becomes more pointed from the other candidates," said Rottinghaus.

That's because reforming the jail was arguably the biggest challenge in Garcia's career and consequently a measure of his ability to handle the city's most stubborn problems.

"The reason is, if it happens multiple times and there is a cascade effect than it starts to look like a pattern that wasn't solved," said Rottinghaus.

"He has to answer for the mistakes he made as sheriff and some of those were pretty serious mistakes that are going to cause a lot of people to question whether he really has the leadership skills to serve as the mayor of the 4th largest city," said Bel, adding, "You can't run a jail that way and you can't run a city that way."

In response to the criticism, Garcia offered Fox 26 the following statement:

"I always took responsibility and action for problems that occurred within the HCSO, disciplining or firing those responsible.  All of them were disappointing and some infuriated me.  I always faced the citizens to let them know how we were learning from each, correcting them and moving forward.  I took responsibility for any system failure that occurred during my administration.  And, we placed policies in place to keep them from happening again. This is the type of decisive and accountable leadership Houstonians want for our city."