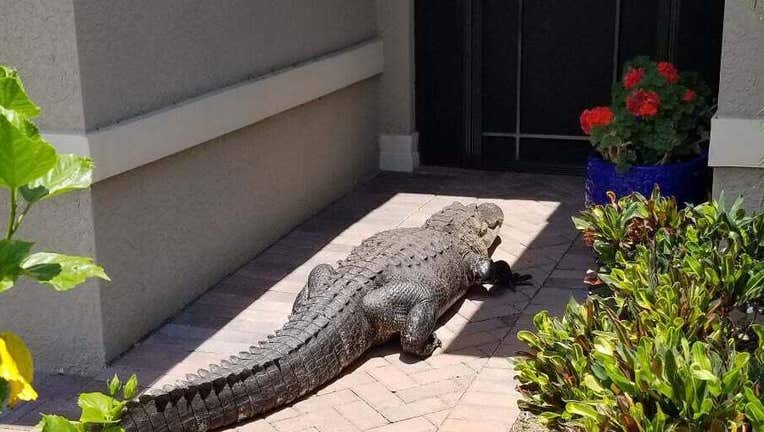 A large alligator took a stroll through a neighborhood in Ave Maria, Florida recently and ended up chilling outside one homeowner's front door.

Mike Ninowski shared photos with FOX 35 News of the alligator resting in the grass and then in front of his home. 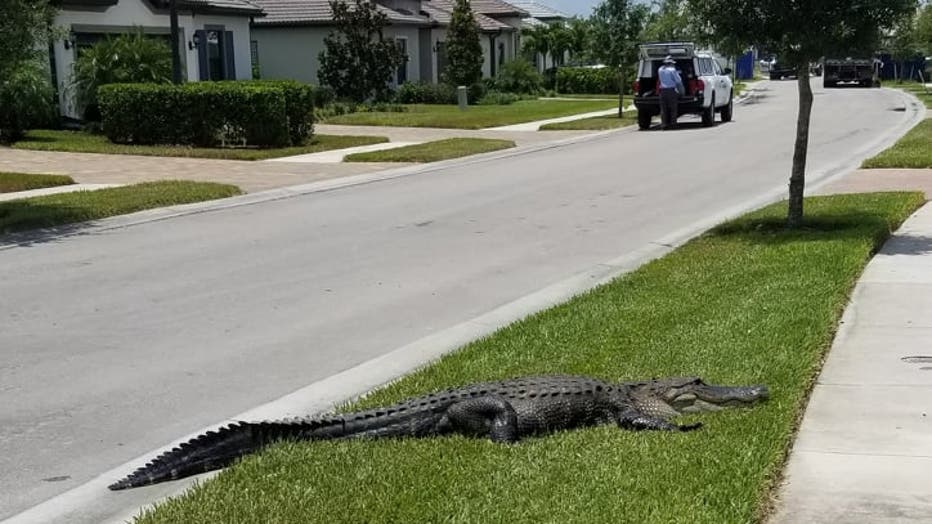 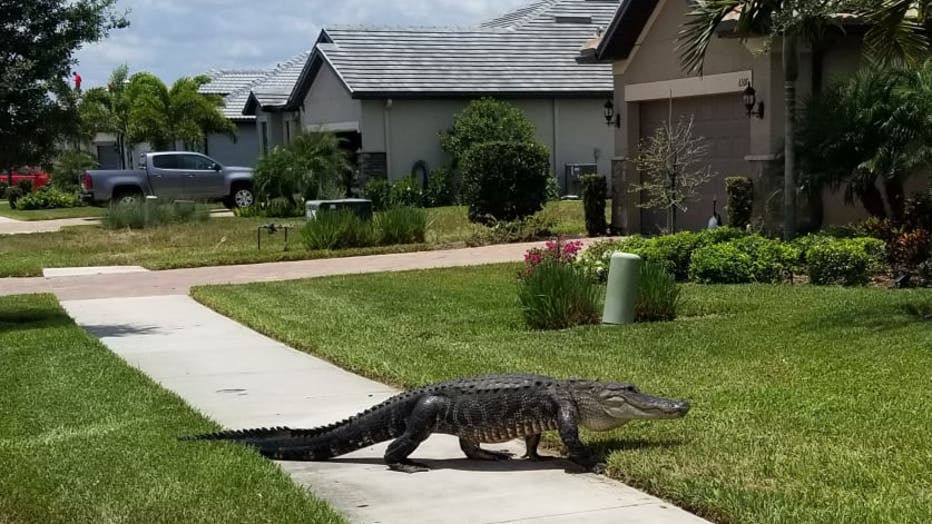 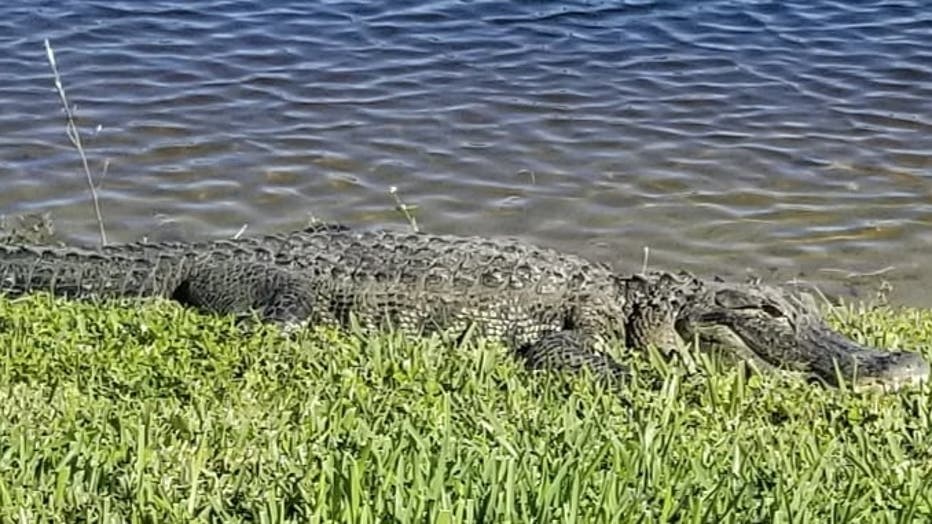 He says the gator was about 10 to 11-feet long and weighed around 400 pounds!

"I saw that he was out front of my house. So I went out and took some pictures."

While catching some rays on Ninowski's front walkway, he says the gator heard his neighbor's dog barking and walked straight up to their front door! 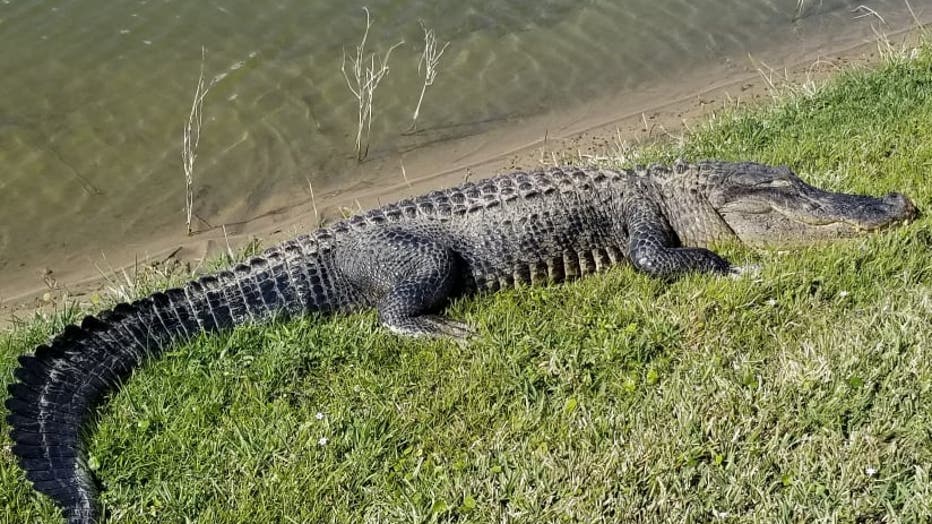 Ninowski says the gator then made its way back to the pond when he was done with his afternoon walk.