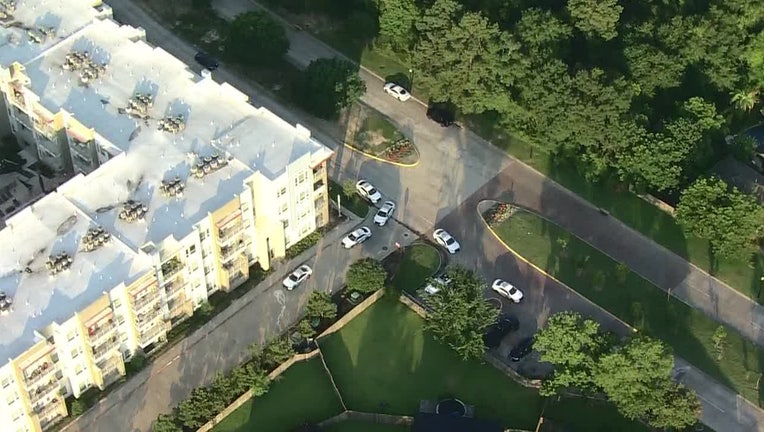 Deputies respond to an apartment unit on Springwoods Village Pkwy in Spring.

SPRING, Texas - Authorities are investigating after a man and a woman were found shot to death in an apartment in Spring.

Investigators are on the scene at the complex in the 23700 block of Springwoods Village Parkway.

The Harris County Pct. 4 Constable’s Office initially responded to a report of gunshots. When they arrived, they found the two people dead.

HCSO Homicide and CSU investigators responded to the scene.

According to the sheriff’s office, there were no signs of forced entry.