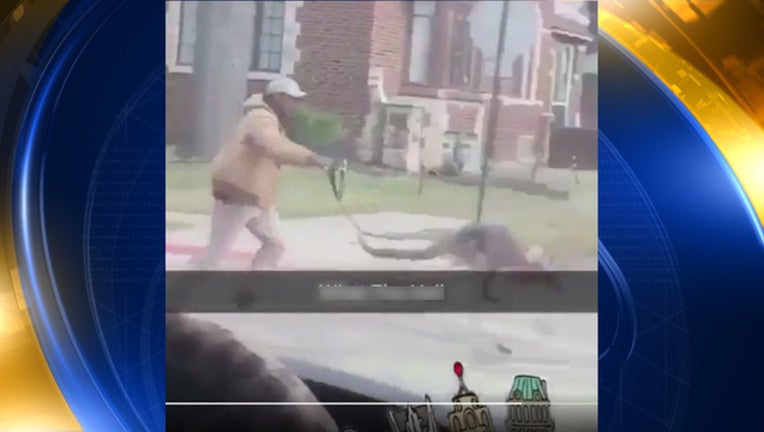 DETROIT (WJBK) - A Snapchat video of a man walking a kangaroo in Detroit is quickly making its rounds on the internet.

A man has the animal on a leash and lets it down on the ground. The animal quickly begins hoping down the street, and the man jogs to keep up with it.

The 7-second video was recorded on Snapchat and posted later to other social media sites. Snapchat limits video recordings to 10 seconds. A crowd of people can also be seen watching along the side of the street.

The man is walking the kangaroo along Birchcrest Drive. The street sign can be seen briefly in the background. Birchcrest Drive runs parallel to Livernois Avenue, a few blocks over.

And, although it's cut off, those familiar with Snapchat will recognize the Detroit location stamp at the bottom of the video. You can only add a specific city's stamp on your Snapchat if your mobile device's geolocation is currently in that area.

"How he get a kangaroo in Detroit," the Twitter user asked when she posted the video.

Turns out, the man is with Exotic Zoo, a traveling zoo, and was doing a show with the kangaroo in the neighborhood when the Snapchat user just happened to drive by.