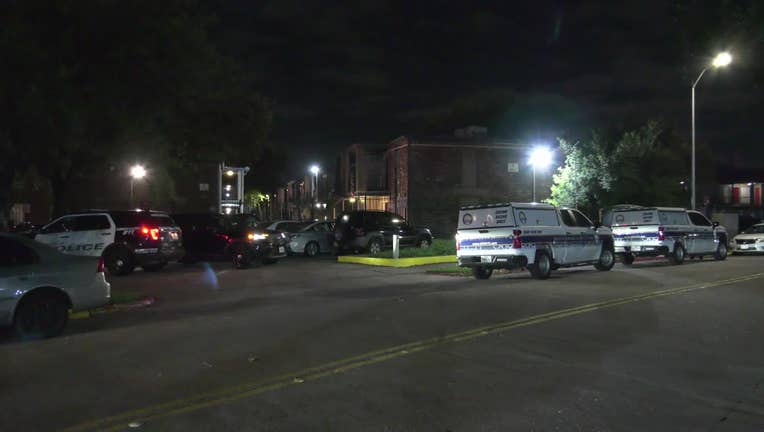 The Houston Police Department investigates a deadly stabbing at an apartment complex along the Gulf Freeway.

HOUSTON - Police are investigating a deadly stabbing at an apartment complex in southeast Houston.

The fire department responded to a report of a person down in the 10900 block of the Gulf Freeway on Wednesday, just before midnight.

They found a man who had been stabbed several times. He was pronounced dead at the scene.

Police say the man is believed to be homeless, according to residents in the area.

Anyone who saw something or has video that can help police is asked to call the HPD Homicide Division at 713-308-3600.