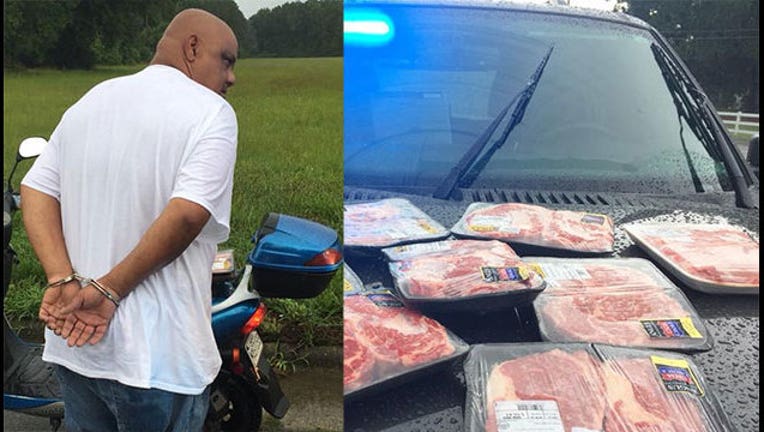 FOX NEWS - A man in Nashville, North Carolina was nabbed by authorities on Monday after he allegedly shoved $100 worth of stolen Walmart steaks down his pants.

The alleged thief, identified as Keith Jordan by CBS 17, tried to make a getaway on his moped “in the pouring down rain” after walking out of the Walmart without paying for the steaks, the Nash County Sheriff’s Office wrote in a Facebook post.

A photo shared by the sheriff’s office — which added that “neither snow nor rain nor heat nor gloom of night” prevented them from apprehending the accused thief — shows at least 10 packages of stolen steaks.

“He was going to do a stake out,” another user joked.