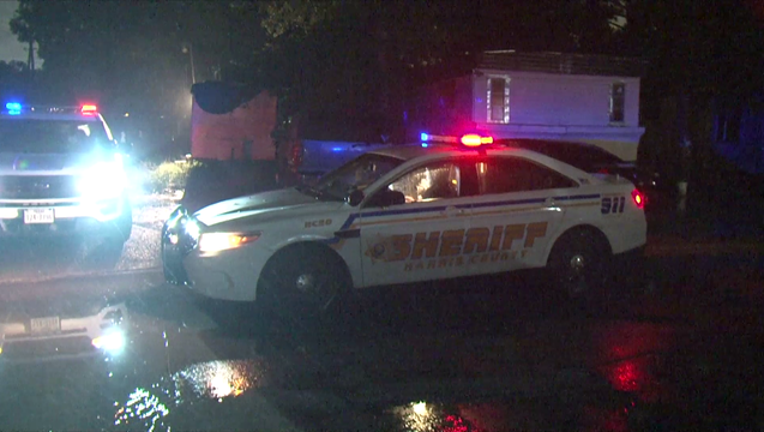 Authorities say an unknown male kicked in the front door of a mobile home, held a man and woman at gunpoint, and then shot the man in the arm.

Deputies responded to the home near E. Hardy and Erwin in the Aldine area around 4 a.m. Thursday.

Investigators say the suspect entered the home, didn’t say anything, and simply started shooting. A homeowner was shot twice in the arm and taken to the hospital in critical condition.

The suspect fled the scene and didn’t take anything, deputies say.

The homeowners told deputies that they did not recognize the suspect.