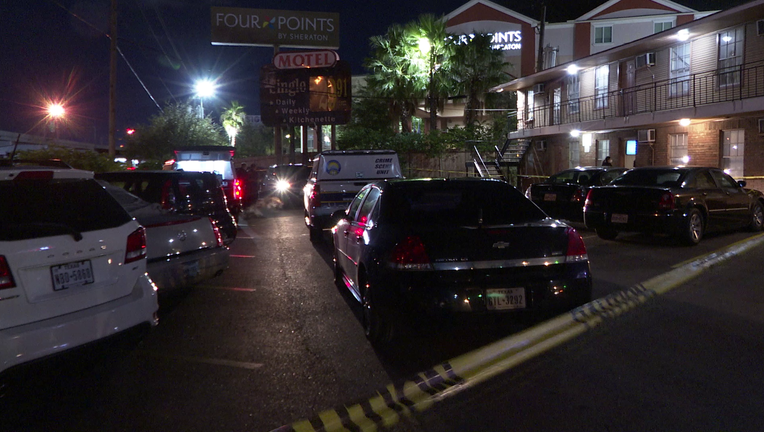 HOUSTON - Houston police are investigating after a man was killed in Southeast Houston on Friday night.

Officials said the shooting occurred just after 7:30 p.m. in the 8700 block of Gulf Freeway at the Smile Inn motel.

Authorities said when they arrived on scene, they found a door to one of the apartments was open and saw a male victim, in his late 40s, on the ground who had been shot multiple times in the chest area and leg.

Police said EMS was called to the scene, however, the man was pronounced dead at the scene.

Preliminary information suggests that the victim opened the door to two suspects, whom he possibly knew because he let them in, authorities said.

The victim then sat back down, looked like he had been playing video games, and that’s when the shooting occurred, police said.

A witness told police they saw two people run out of the apartment and after taking a few steps, one of them actually turned, grabbed a bag, and left the scene.

No suspect information was released by authorities.