Search for suspect who shot, killed father in NE Houston

Police are searching for a gunman who killed a man in his northeast Houston apartment, while his wife was breastfeeding their baby early Tuesday morning.

HOUSTON - A man was killed in his northeast Houston apartment during a home invasion, while his wife was breastfeeding their baby early Tuesday morning.

Houston police say it happened at Timber Ridge Apartments in the 12200 block of Fleming in one of the upstairs apartment units just after 2 a.m.

Officers arrived to find a man in his early 20s dead from gunshot wounds. He's been identified as 24-year-old Juan Battice Ruffin. 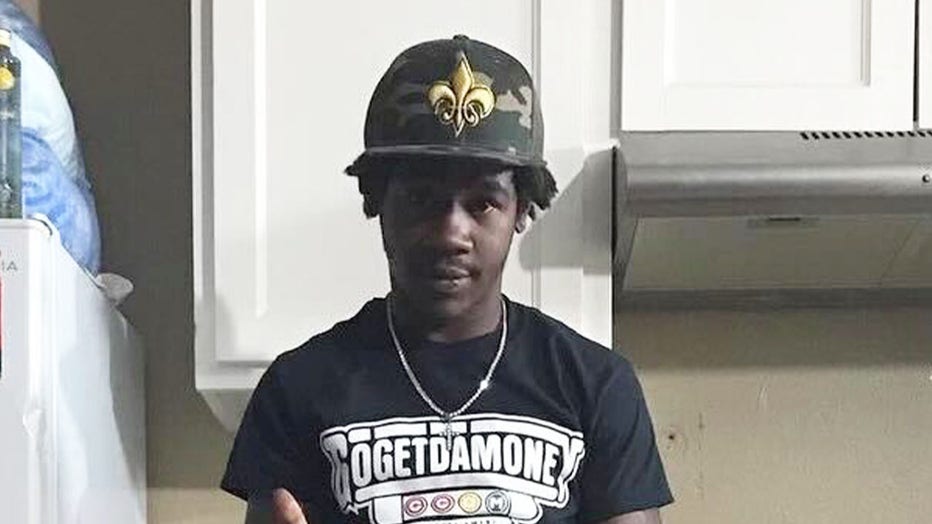 Juan Ruffin was shot and killed during a home invasion in northeast Houston.

HPD says his girlfriend was breastfeeding their 2-year-old girl in the apartment when she heard a commotion and some gunshots.

She told police that then a man in a ski mask and a black hoodie came into the room and confronted her. They exchanged words, and then he took off on foot.

Police say the girlfriend, who has been cooperating with the investigation, has been taken in for questioning.

Homicide investigators are on the scene and officers are canvassing the area.