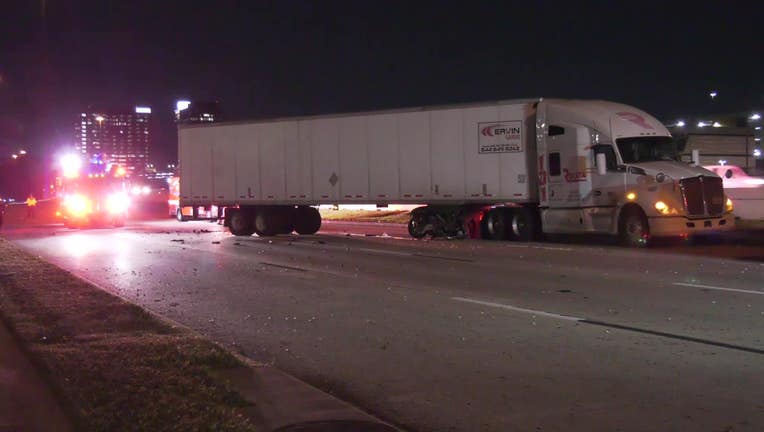 Police investigate a crash on the Katy Freeway service road on Wednesday night.

HOUSTON - Houston police say a man was taken to the hospital in critical condition after a crash involving an 18-wheeler and a Dodge Charger.

The crash occurred in the 13900 block of the Katy Freeway feeder road around 9:20 p.m. Wednesday.

Police say it appears the 18-wheeler was turning out of a private drive and the Charger struck the trailer.

A man driving the Charger was taken to the hospital by Life Flight. Police said he had significant injuries.

Police are investigating the crash, but they believe speed was a factor.