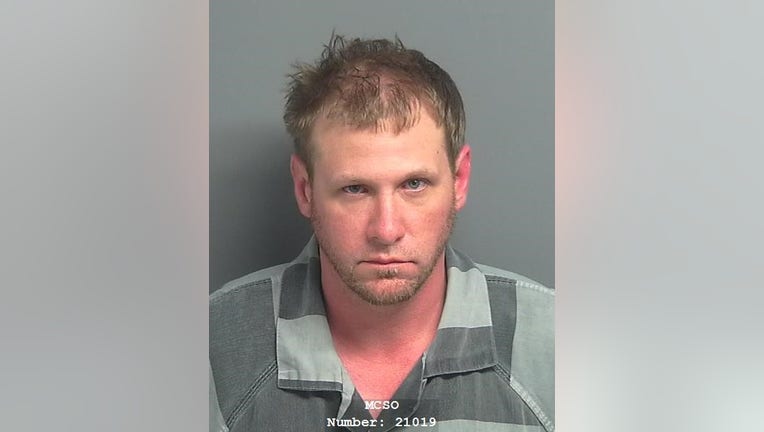 Ronald Royce Crow II was sentenced to a total of 30 years in prison for online solicitation of a minor and sexual assault of a child.

The district attorney’s office says Crow, 37, pleaded guilty to sexually assaulting a 16-year-old boy and soliciting sex with a person he believed to be underage. As part of the plea agreement, prosecutors required consecutive sentences.

“Mr. Crow was working hard to sexually abuse as many of our young people as he could.  Fortunately, law enforcement and our officer worked harder, and Mr. Crow’s relentless pursuit of our children has been put to an end.  We did this through a proactive search, and we will continue these efforts to find the other Mr. Crows out there to keep our children as safe as we possibly can,” District Attorney Brett Ligon said in a press release.

According to the district attorney's office, one officer posed online as an underage girl, and Crow initiated a conversation and eventually asked for sex.

The district attorney's office says Crow was also chatting online with a second detective who was posing as a woman with an 8-year-old daughter. Authorities say Crow eventually asked to meet to have sex with the “girl”, and he also allegedly sent the detective images of himself sexually abusing a 16-year-old boy.

The district attorney's office says both officers agreed to meet Crow, who believed he was meeting to have a sexual encounter with a child, and he was arrested when he traveled to one of the locations.

Officials say officers examined a cell phone Crow had in his possession and found the images of Crow sexually abusing the 16-year-old boy that he had sent the detective.

The district attorney’s office says authorities also found images and chats related to a second 16-year-old boy with whom Crow said he had sex, as well as messages in which Crow said he had a “young fetish” and that “young is my kink”.

“This defendant will attempt to have sex with any child," Assistant District Attorney Chris Seufert said in a press release. "He solicited sex with boys and girls, adolescents, and teenagers.  No child is safe with him on the streets.  Fortunately, he will be in prison for a long time and our children are safer for it.”