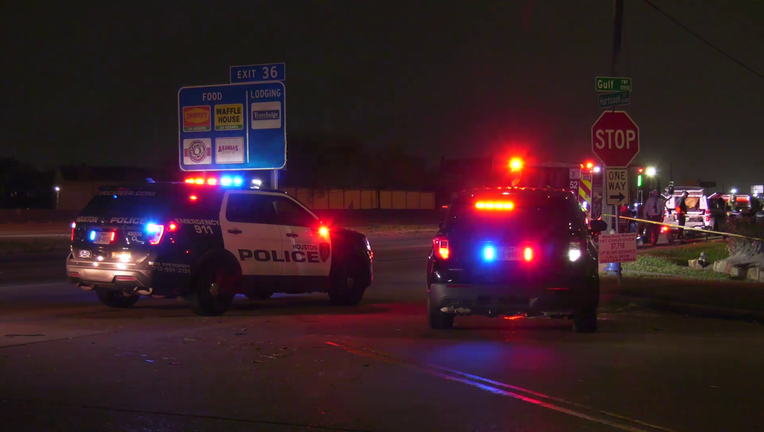 HOUSTON - Police are investigating after a man was fatally shot in southeast Houston on Wednesday evening.

The shooting occurred on the 10900 block of Gulf Freeway around 7 p.m.

Authorities said when officers arrived on the scene, they found a male lying near the sidewalk.

A witness told police that the victim was at the corner when a black 4-door sedan pulled up.

That’s when the passenger of the vehicle exited and had a conversation with him.

At some point, police said, the suspect shot the victim, and the victim ran a few steps and fell.

The suspect got back into the 4-door vehicle and left northbound on the Gulf Freeway.

The suspect is described as a Black male, medium build, around 20-25 years old, with black hair with a twist in them.

If you have any information about this shooting, contact the Houston Police Department.