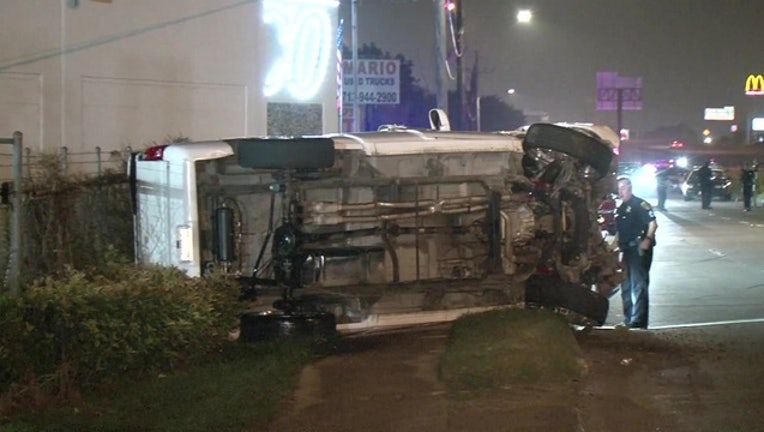 HOUSTON, TX - Investigators say a dispute between a couple took a deadly turn on Monday after they vented frustrations on Gulf Freeway.  Police say the fight began around 1 a.m. on Monday morning.

Authorities say the two were in a "dating relationship." The female driver of a red Honda Accord and the male driver of a Chevrolet Silverado got into a fight at Chula's Sports Bar and left in their different vehicles.  At some point, investigators say the two drivers stopped their vehicles on the Gulf Freeway, got out and argued briefly.  They then got back into their vehicles and drove away.