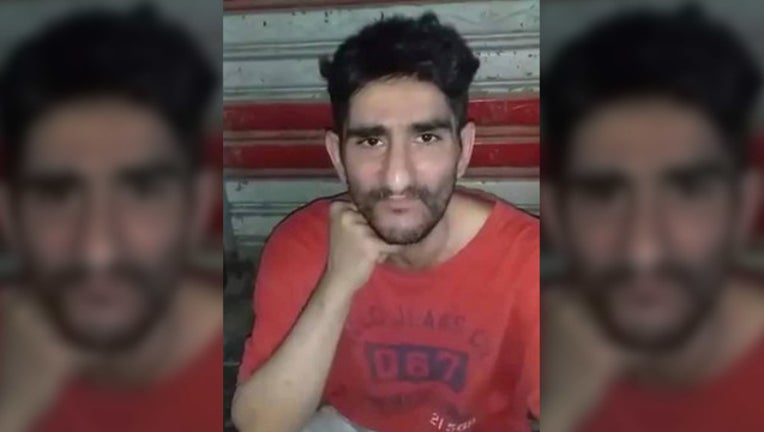 Jimmy Aldaoud, 41, lived his entire life in Detroit until he was suddenly deported to Iraq in June despite not being born in Iraq. A diabetic, he died in Baghdad this week due to a lack of insulin, his family said. (via Facebook)

(FOX 2) - A Detroit man who was of Arabic descent but never lived in Iraq has died there after being deported earlier this year.

Jimmy Aldaoud, 41, spent almost his entire life in the U.S. but was swept up in President Donald Trump's immigration enforcement orders.

Born in Greece to Chaldean-Iraqi Christian parents, Aldaoud was brought to the United States at just six months old.

Immigration attorney Edward Bajoka, who said he was close to Aldaoud's family, wrote on Facebook that he died because he was unable to treat his diabetes.

"Rest In Peace Jimmy. Your blood is on the hands of ICE and this administration." Bajoka wrote.

The attorney said Aldaoud did not speak Arabic, knew nobody in Iraq, and had never been to the country. He also said that Aldaoud's mental health was the reason for legal issues that led to his deportation.

In an undated video posted to Facebook by Bajoka, Aldaoud ​​​said he pleaded with ICE agents not to deport him and described his conditions on the streets of Iraq:

Unlike the U.S., Greece does not recognize birthright citizenship, so Aldaoud was considered and Iraqi citizen, despite never having been there, according to the Washington Post.

Aldaoud had two previous conviction on his record: he served 17 months for a home invasion in 2012 and had a seperate conviction for disorderly conduct. Because he wasn't a U.S. citizen, those criminal convictions made him eligible for deportation.

Iraq had refused deportations from the U.S. until June 2017 when the country made a deal to be exempt from President Trump's travel ban against majority-Muslim nations. Reuters reported Iraq agreed to accept deportees and more than 100 Iraqis were arrested that month in Detroit.

Aldaoud was included in the 2017 sweep but later released when the ACLU sued on his behalf and a judge granted an injunction. That was lifted in December 2018, clearing the way for the arrests to resume, which included Aldaoud.

"Jimmy Aldaoud, a Chaldean resident of Oakland County, should have never been sent to Iraq," said Rep. Andy Levin (D-Mich.) in a written statement. "For many reasons, it was clear that deporting Jimmy to a country where he had never been, had no identification, had no family, had no knowledge of geography or customs, did not speak the language and ultimately, had no access to medical care, would put his life in extreme danger. Jimmy died tragically yesterday of a diabetic crisis. His death could have and should have been prevented, as his deportation was essentially a death sentence."

Levin also said that he and Republican colleagues haved called on Trump to cease deportation of vulnerable people like Aldaoud.

"Now, someone has died. We cannot wait one more day for action. I will put my full effort into advancing the Deferred Removal for Iraqi Nationals Including Minorities Act to provide a legislative solution to this crisis and help prevent further deportations that will inevitably endanger more lives."

Levin said they would also work to ensure Aldaoud received a proper Catholic burial, but that's a problem too, as Levin explained.

"At the moment, Iraqi authorities will not release Jimmy's body to a Catholic priest without extensive documentation from his family members in the U.S. This seems to be a cruel irony, indeed. I am working with the Iraqi government to make sure this process happens as quickly and smoothly as possible."

"Jimmy's death has devastated his family and us," she said in a written statement to Politico. "We knew he would not survive if deported. What we don't know is how many more people ICE will send to their deaths."