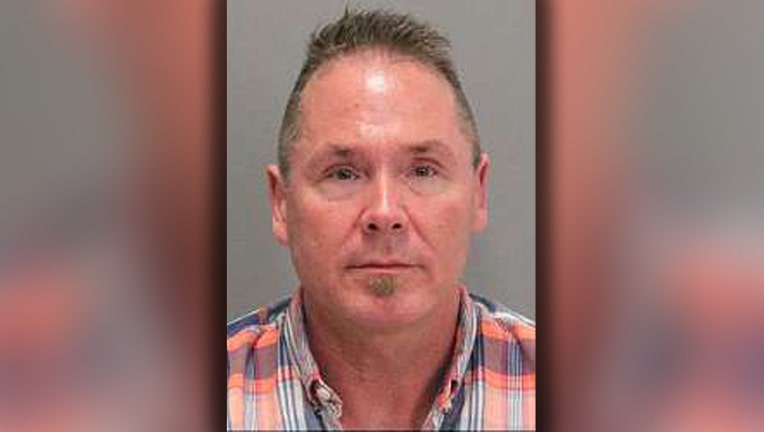 TACOMA, Wash. - A man who was caught texting about molesting children by a fellow plane passenger has been sentenced to 15 years in prison.

The US Attorney's Office in Washington state said 58-year-old Michael Kellar was texting his girlfriend, 52-year-old Gail Burnworth, while on a flight in 2017. That's when another passenger spotted the disturbing messages on Kellar's cellphone screen.

The passenger alerted authorities, saying she could read the messages because Kellar was using a large smartphone with an enlarged font.

The passenger who spotted the messages reported her concerns to flight attendants, who arranged for law enforcement to meet the plane upon landing.

Police arrested Kellar after reviewing his electronic devices and finding the messages, in addition to hundreds of images of child pornography on Kellar's laptop. They also found sexually explicit images on Burnworth's devices.

Authorities said Kellar directed his girlfriend to make sexually explicit images of one of the children in her care.

“I commend the airline passenger who spoke up about the disturbing texts she witnessed on her flight,” US Attorney Brian T. Moran said in a statement. “We all have had that moment when we question: ‘Do I get involved.’”

Moran added, “In this case, that witness triggered the rescue of two small children and the investigation that revealed this defendant to be a predator – collecting images of child sexual abuse.”