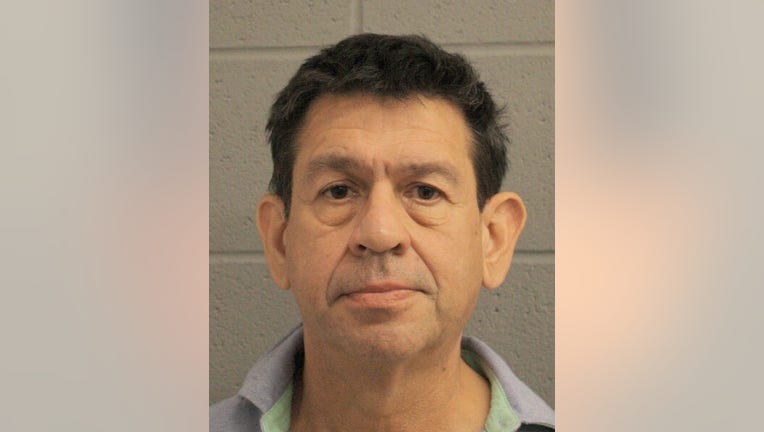 HOUSTON - One man has been charged following a deadly crash in north Houston on Sunday morning, police said.

62-year-old Hector Lainez is charged with intoxication manslaughter in the 262nd State District Court, according to a release.

Houston police said Lainez was driving a silver Nissan Sentra westbound in the 100 block of West Greens Road when he failed to stay in a single lane and struck a traffic light pole.

Police said his passenger, a 62-year-old woman, was taken to Memorial Hermann - Woodlands Hospital where she later died.

Lainez was detained at the scene and determined to be intoxicated, police said.

Lainez was treated at the scene and later taken into custody.