A redemption story in Montgomery County — It involves a man who was once known as the "Lunch-break Burglar" and the prosecutor who was one of his victims.

MONTGOMERY COUNTY, Md. - "Somebody had been in our house. All my jewelry was gone," recalled Montgomery County prosecutor Carlotta Woodward.

She was far from the only victim.

According to charging documents from 2011, Andrew Olden burglarized home after home, taking flat-panel televisions and jewelry. Olden would later tell police he’d commit the burglaries while on his lunch break from work, earning the nickname "Lunch-break Burglar" in local media.

"Your home is your castle," Woodward said. "That’s where your privacy is. That’s where you feel safe, and I felt like somebody had invaded my privacy and my safety."

Olden went to prison where he would spend about a decade behind bars.

"I have never spoken to him, except for the day of sentencing when I spoke in court," Woodward explained Wednesday. 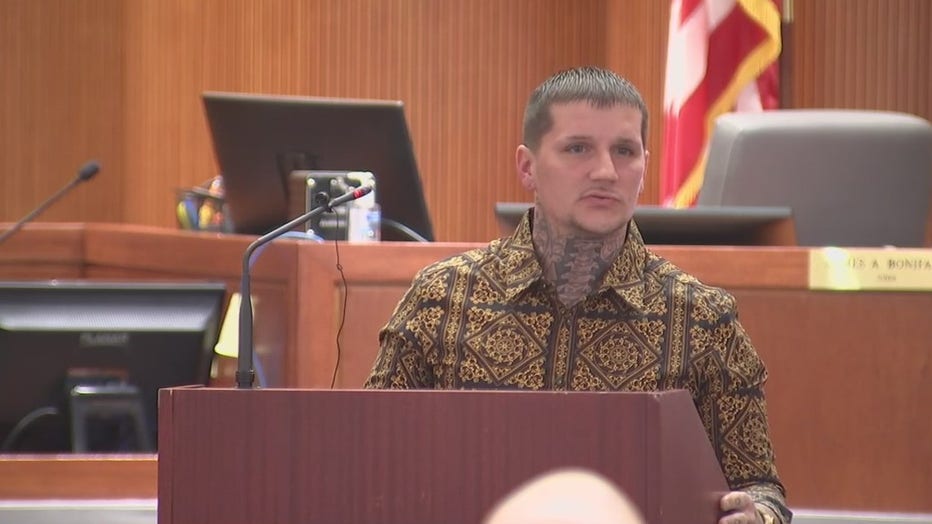 That is, until now. Both Olden and Woodward were back in court this week for a very different reason.

"I got a son that was born two days after my incarceration. I’m proud that he is able to see me here," Olden told the crowd during his Montgomery County Drug Court graduation.

It was the final step in a rigorous program that takes at least 22 months to complete, and among other things, requires participants to hold down a job and maintain their sobriety.

Even the judge who had sentenced Olden spoke at the ceremony.

"There are a number of people that are happy to see that that light bulb finally went on," Judge Nelson Rupp, Jr said.

But once the ceremony had wrapped up, there was still one thing left for Olden to do.

"It’s a little intimidating," he said of finally coming face to face with Woodward. "It’s kind of scary, but only thing that I can do is just through my actions now."

Olden told Woodward, "thank you for being so understanding."

"Your speech was amazing," she replied. "You’re an inspiration to everybody who is still going through the program." 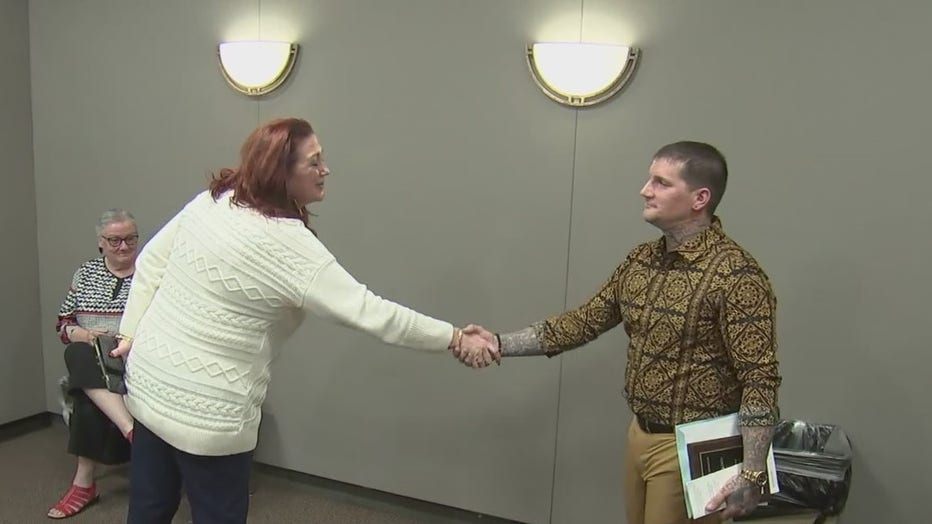 The two embraced and Woodward left Olden with what might be the most important message of all – "continue on that path, ok?"