The Liberty County Sheriff's deputy injured in a May 2019 shooting had a heart attack during a therapy session. Deputy Whitten died Monday after being transported to a local hospital.

LIBERTY COUNTY - The Liberty County Sheriff’s Office Deputy who survived a shooting last year has died. Deputy Richard Whitten was still recovering from the injuries he sustained in the shooting that left two people dead last May. We learned he was at a physical therapy session at the Houston Medical Center when he suffered a heart attack.

“He was paralyzed pretty much from the neck down, but he wasn’t therapy and had good spirits even though it was difficult for him.“ said Captain Ken DeFoor with the Liberty County Sheriff’s Office. 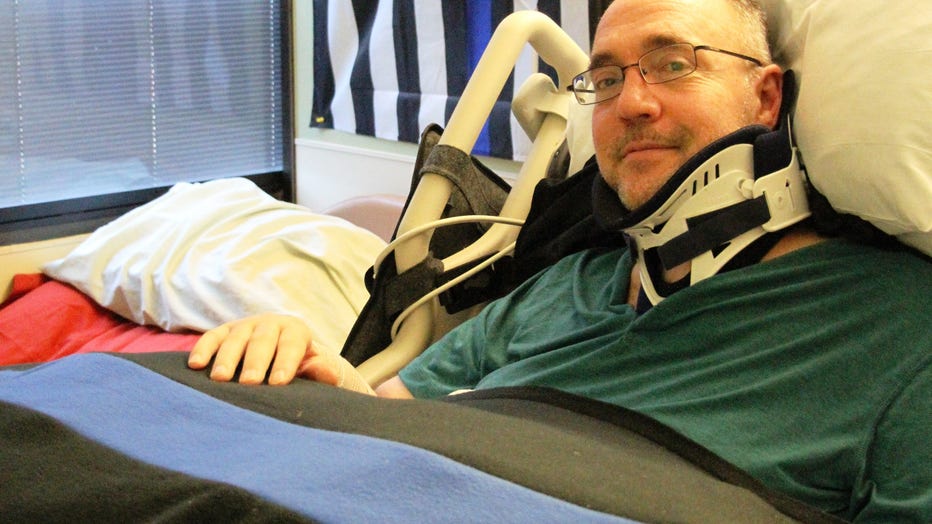 51-year-old Deputy Richard Whitten was with the Liberty County Sheriff’s Office for four years, and was off duty that morning on May 29, 2019, when he decided to respond to the call of shots fired at the B Dependable Plumbing facility on Highway 321.

Deputy Whitten was shot in the throat during his encounter with the suspect and was transported via life flight in critical condition. The whole ordeal left two people dead. The gunman turned the gun on himself, committing suicide.

We’re told Deputy Whitten never gave up hope and was always in good spirits during his recovering. His death coming as a shock to his law enforcement family.

“We all loved Richard Whitten, we all did. We worked with him, we knew him. He was a dedicated deputy, he was a good deputy, he was hard-working, he was committed to his profession. It’s always tragic to lose someone like that.“ said DeFoor.

Deputy Whitten leaves behind a wife, and two children. Funeral arrangements have yet to be finalized.

"It is with deep sorrow that Liberty County Sheriff Bobby Rader announced that Deputy Richard Whitten passed away with what, at this time, appears to be a heart attack late this afternoon while he was in physical therapy at a Houston Medical Center facility. Last year Deputy Whitten was shot in the neck while attempting to apprehend an armed murder suspect who had just shot and killed a woman and then shot two males at a business location in mid-Liberty County.

At this early stage no other details are available nor have arrangements been made but when they are an announcement will be issued."