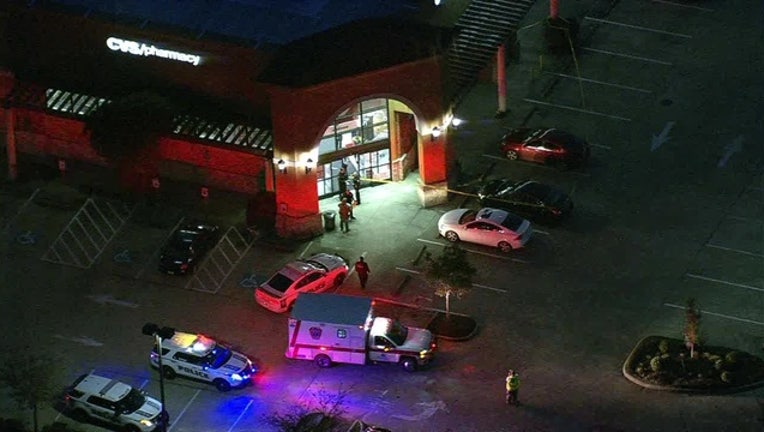 Police were dispatched to a report of an attempted robbery at a CVS in the 1200 block of E. City Parkway around 5:20 p.m. Police say a suspect demanded a female victim's keys to her vehicle and hit her in the head with a pipe before fleeing on foot.

According to League City PD, while searching a nearby neighborhood, a League City police officer located a person matching the clothing and physical description of the suspect in the 1600 block of Laslina Lane.  Police say when the officer attempted to detain the suspect, the suspect attacked and tried to disarm the officer, resulting in the shooting death of the suspect.

League City police have identified the deceased suspect as 18-year-old Alvaro Herrera of Dickinson, Texas, and believe Herrera was responsible for the attempted robbery at the CVS.

The officer involved in the shooting was placed on administrative leave, as is standard operating procedure, LCPD says.