PALMS, Calif. (FOX 11) - A Hollywood movie billboard is turned into a political statement as a right-wing street artist covers part of that billboard with a giant rendering of Senator Al Franken.

Work crews take down a giant Senator Al Franken on Thursday morning from a movie billboard in Los Angeles near the 10 freeway.

It's the work of street artist Sabo.

In the wee hours of the morning, he and his crew managed to affix his work to a billboard promoting the movie ‘The Greatest Show’.

Sabo timed his work to appear as the senator from Minnesota is accused by two more women of sexual misconduct.

The Al Franken work is just the latest politician to be featured in his work.

There's this one of Hillary Clinton, another with Maxine Waters and he wasn't always a Donald Trump supporter.

His work now supports the president.

As far as criticizing Trump and the sexual misconduct allegations against him...he's decided to leave that to the other artists. 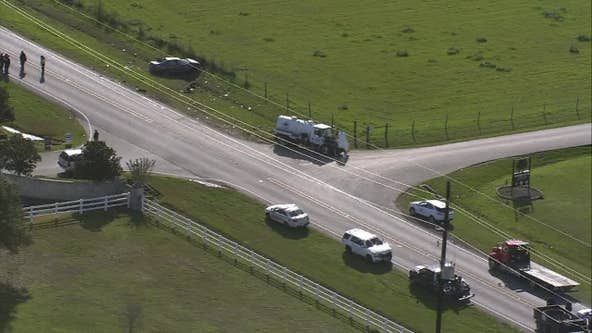