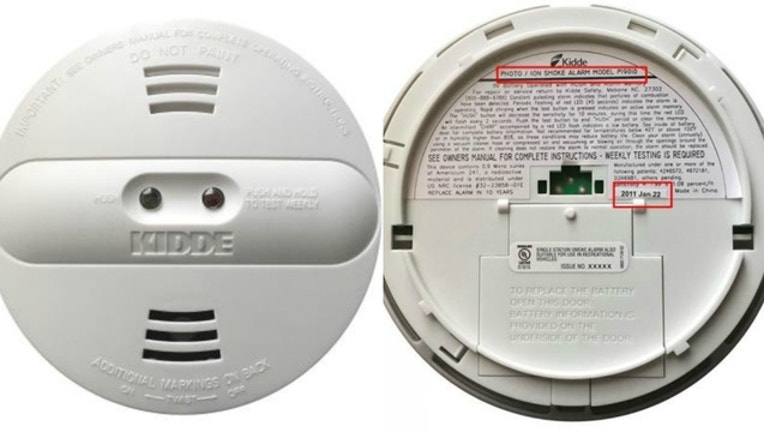 FOXBusiness - The Consumer Product Safety Commission (CPSC) has issued a recall for Kidde dual sensor smoke alarms, citing concerns that the detectors won’t properly alert people in the event of a fire.

According to the CPSC, a yellow cap left on during manufacturing can cover one of the alarm’s two smoke sensors, thereby compromising its ability to detect smoke.

The model numbers for the smoke alarms impacted are PI9010 and PI2010. The CPSC recommends consumers remove the alarm and visually inspect the alarm through the opening on the side to see if there is a yellow cap. If the cap is present then Kidde should be contacted. If there isn’t a cap then the alarm can be reinstalled.

The CPSC cautions not to take apart the alarm to inspect or remove the cap.

There were 452,000 alarms sold in the U.S. and another 40,000 in Canada. According to Consumer Reports, the smoke alarms were sold at numerous department and hardware stores, including Menards, The Home Depot, Walmart and online at Amazon.com, ShopKidde.com and other websites from September 2016 through January 2018.