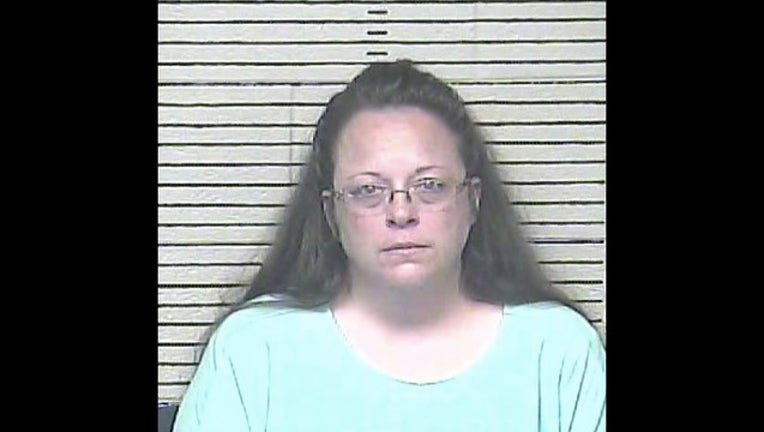 LEXINGTON, Ky. (AP) — A Kentucky county clerk has appealed a judge's decision to put her in jail for refusing to issue marriage licenses to same-sex couples.

Attorneys for Rowan County Clerk Kim Davis officially appealed the ruling on Sunday. The three page motion does not include arguments as to why Davis should be released but amends Davis' earlier appeal of the judge's order.

Davis objects to same-sex marriage for religious reasons and stopped issuing all marriage licenses in June after the U.S. Supreme Court legalized gay marriage. Two gay couples sued her. U.S. District Judge David Bunning ordered Davis to issue the licenses but she refused to do it saying she could not betray her conscience.

Bunning sent Davis to jail on Thursday for disobeying his order. Her deputy clerks then issued marriage licenses to gay couples Friday.