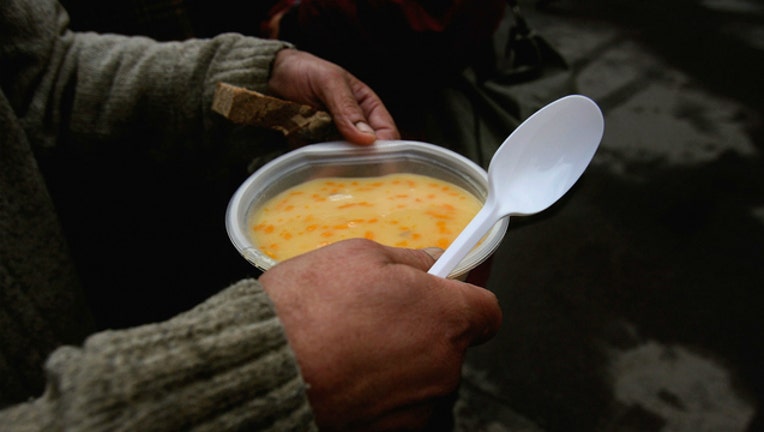 The food was going to be distributed by a group called Free Hot Soup KC. The Kansas City Star said that the food, which included home-cooked chili, foil wrapped sandwiches and vats of soup, was destroyed on Sunday, Nov. 5, during a coordinated sting at several parks where volunteers had gathered.

The Health Department said the group did not have a permit and was putting people at risk.

"E. coli or salmonella or listeria can grow in the food," department director Rex Archer said. "And then you give that to homeless people who are more vulnerable, they will end up in the ER and even die from that exposure."

The mayor also agreed with the Health Department, tweeting that "Rules are there to protect the public's health, and all groups must follow them, no exceptions."

One of the leaders of Free Soup KC said they will continue to hand out free food, but will just do it on private property.