The former Dallas police officer who shot and killed a woman was found not guilty of charges related to her death.

DALLAS - The former Dallas police officer who shot and killed a woman was found not guilty of charges related to her death.

Christopher Hess was charged with aggravated assault by a public servant after fatally shooting 21-year-old Genevive Dawes in 2017.

Hess and five other officers were responding to a suspicious persons call when they found Dawes behind the wheel of an SUV that had been reported stolen. Body camera video shows her ignoring repeated commands to get out of the SUV, then she tries to leave.

Hess ended up firing a total of 12 shots when Dawes put the vehicle in reverse.

Prosecutors said Dawes was not threatening anyone’s life because she was reversing slowly – basically walking speed. They also claimed Hess violated the police department’s deadly force policy by firing on a moving vehicle.

But the defense told jurors Dawes had drugs in her system at the time.

“Something bad was going to happen if Officer Hess hadn’t have acted and officers were going to get hurt that evening based on the actions of the two people in that car,” said defense attorney Reed Prospere.

Dawes' family was visibly upset over the verdict, and said they will continue fighting for her. 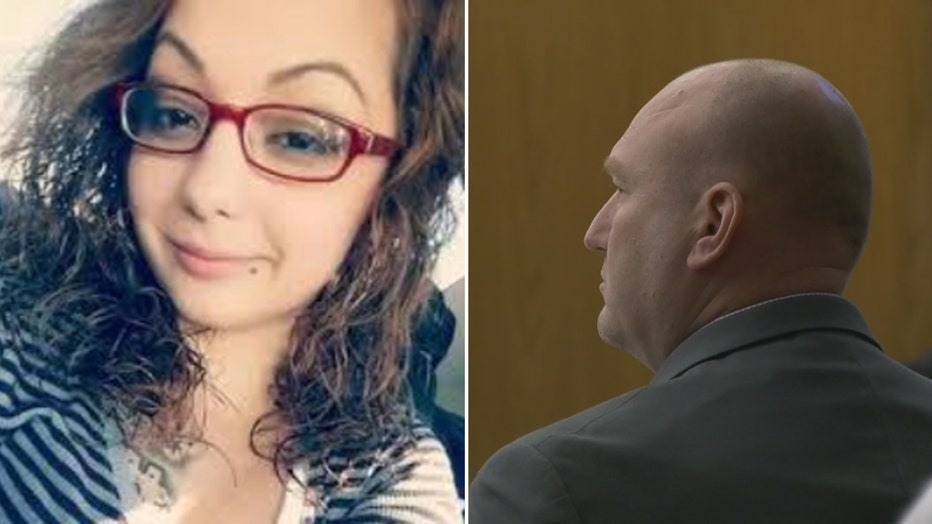 Hess did not address the media, but his attorneys said the jury came to the correct verdict.

It was a sigh of relief for Hess after he was acquitted.

But for Dawes' family, the not guilty verdict brought the trial to a disappointing end.

“He left two little babies without a mother. They keep asking where's my mommy. I don't know what to tell you,” Dawes’ grandmother, Christine Scucedo, said.

Daryl Washington represents the family in a lawsuit against the city of Dallas alleging Hess had no reason to use deadly force on Dawes, and that she was not a threat to officers even though she was behind the wheel of a moving vehicle.

During trial, prosecutors argued the vehicle was moving at a walking pace.

“There's no way six police officers could testify with a serious face to say that a car that was moving less than five miles per hour placed their lives in danger. It just makes no sense and this represents a sad verdict in the city of Dallas,” Washington said.

“And you watch the video and you see that he used the appropriate amount of force,” Hess’ defense attorney, Messina Madson, said. “He stopped shooting, and then when the car started moving again, he continued to try to eliminate the threat.”

Prosecutors said the shooting was unjustified, and Hess violated department policy by shooting into a moving vehicle.

“The jury has spoken, Dallas County citizens have come in and listened to all the evidence in this case, and determined they disagree. And we respect that. However, we will continue to evaluate and prosecute these cases,” lead prosecutor George Lewis said.

Jurors deliberated for about an hour Tuesday and then for six hours on Wednesday before asking the judge to go home early. They resumed deliberations at 9 a.m. Thursday and continued until they reached a unanimous verdict just after noon.

Dawes’ family is also suing both officers and the city of Dallas, alleging excessive force. The lawsuit argues poor training, a lack of supervision and a lack of discipline were at the root of the shooting.

The city filed a motion asking that it be dismissed from the lawsuit. Officer Kimpel’s attorneys did the same but a judge rejected their requests.